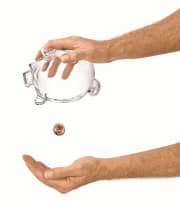 New plans announced by Deputy Prime Minister Nick Clegg to increase the amount individuals can earn before paying income tax could have a knock on effect on employees’ eligibility for pension auto enrolment.

The increase would cost the Treasury around £1 billion but Nick Clegg has described it as a “worker’s bonus”.

Although this proposal has seen widespread approval throughout government, it could lead to up to 3 million people missing out on pension auto enrolment. This is down to the fact that when assessing an employee’s eligibility for auto enrolment, one criteria is that they are earning above the minimum threshold, which changes in line with personal allowance levels.

Nick Clegg commented on the plans, saying: “Having achieved that great figure, that great threshold of £10,000 we need to go further, because the recovery is finally taking hold, I think it’s very important that as many people as possible feel that they are benefiting from it.

The British people have lived with austerity for three years. Your sacrifices are making it possible for us to fix the economy. This is your recovery and you deserve to feel the benefits – without delay.”

How are you preparing for auto enrolment? Take the first step today by downloading our free introductory guide to find out what you need to do and when.