Adams Morey turns to IRIS for help with RTI 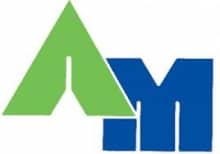 Adams Morey made the decision to use Earnie payroll software, from IRIS Software, after careful consideration of its current software and in context with a significant T&A project due to be undertaken in 2013/14. This combined with a major change to legislation – the introduction of Real Time Information (RTI) had led to a review of the options available in the market place.

Adams Morey has been a major supplier of DAF trucks to businesses across the country since 1973 and has since grown to a company employing over 300 people, across multiple locations, with a turnover of £60 million.

Shaun Moody, IT Manager at Adams Morey commented: “With the prospect of RTI submission looming we were grateful to Isys Systems for recommending Earnie IQ to us; from a company they had a long working relationship with (IRIS). Intelligent Time (Time & Attendance software) from Isys systems is soon to be installed at our 10 dealerships and will fully integrate with Earnie software.

This, and the fact that Earnie IQ is RTI compliant, running on a SQL platform, will give us the opportunity to develop a more integrated solution for our business.”

Earnie IQ is our best of breed payroll software, suitable for complex payrolls with up to 10,000 employees. Why not find out more about how Earnie IQ could help your company?

Find out more about Earnie IQ