Are you ready for the April pensions reform? 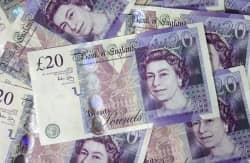 As of April 2015, people over the age of 55 will be able to access their pension pot and spend it in any way they want instead of being forced to buy an annuity. However, recent reports show that the government isn’t ready for these reforms.

Huw Evans, Director-General of the Associate of British Insurers (ABI) says that “Critical pieces of the jigsaw are still missing and will not be in place in time.”

The reforms, will allow those aged 55 and over to cash in on their “defined contribution” pension funds with 25% of any withdrawal being tax free. This reform is the governments answer to the previous calls that annuities were poor value for money.

However, allowing people to take their full pension pot in one go raises a few problems. These funds could be stolen, people that aren’t very financially savvy could end up paying unnecessarily in admin and taxation costs or people may simply blow their amount of money on lifestyle decisions without thinking about the need for longevity of the cash.

To tackle this, the government set up a pension advice website that offers a free service to help those that don’t know a great deal about pensions or simply can’t afford an Independent Financial Advisor.

The government website itself; Pension Wise; has also come under some criticism with analysts saying that the website is too bland in its detail without an attractive offering to help promote what is otherwise relatively uninteresting information.

The ABI have also made huge criticisms of the new reforms suggesting that the logistics are unclear without there even being a telephone number set up to enable those without internet access to use the free service.

Further comments were made in parliament last week on how the new ability to access your pension pot would affect means-tested benefits.

Greg McClymont, Shadow Pensions Minister, has called for swift action to be taken to ensure that people who do take, benefits will not be left worse off as a result of cashing in on their pensions.

Under the new reform, around 320,000 people who retire every year with a “defined contribution” pension pot will be affected and able to take control of their finances how they want. The Treasury have hit back and said that they expect to be ready to meet the initial demand with the following statement:

“We welcome the ABI’s commitment to these new freedoms and will continue to work with industry to ensure we are all ready. We have already seen firms announce new products for April 2015, launched the first arm of the guidance service – the Pension wise website – and are on course to meet demand for face to face and telephone guidance in April.

In addition, we are working closely with DWP (Department for Work and Pensions) to plan extra support to help manage any initial spike in demand for the service. We agree that people should take their time and not rush decisions. Pension wise will help them understand their options and make an informed choice.”

IRIS stay fully compliant with any legislation that may arise as part of the pension reforms. When the workplace pension reform was brought in back in 2012; more commonly known as auto enrolment; IRIS developed the IRIS AE Suite™ which is now number one for auto enrolment in the UK.

The IRIS AE Suite™ assesses your workforce for auto enrolment, publishes pension communications and distributes electronic payslips and P60s all seamlessly as part of your payroll cycle.

Maintaining a high level of knowledge around subjects such as pension auto enrolment is paramount to running a successful and streamlined payroll. Find out 7 ways to streamline your auto enrolment process to help you increase profitability and save time in your payroll process. The IRIS Webinars are also a great way to stay on top of the latest knowledge around pensions and payroll.

The Top 5 Most Popular Payroll & HR Blogs from September

Here are the top 5 most popular blog articles from September which cover payroll and HR. Popular blogs this month…

GDPR – Checklist on how to prepare for the GDPR

The Top 5 Most Popular Payroll & HR Blogs from July

Here are the top 5 most popular blog articles from July which cover payroll and HR. Popular blogs this month…