Two tax related announcements were among the most eye-catching at Budget 2018, with income tax thresholds set to rise earlier than planned and online tech giants in the Treasury’s firing line.

The first Budget on a Monday since 1962 made no mention of Making Tax Digital or the possible cuts to pension tax relief that had been speculated about in the media in recent weeks. 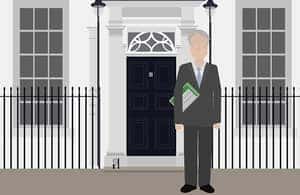 Accountancy professionals would have been on the lookout for any tinkering with the planned MTD for VAT reforms, set to take effect in April 2019, but this did not feature in the speech. There was, however, news about the VAT Registration Threshold, which was rumoured to change but has actually been held at the existing limit of £85,000 for the next two years.

Whether there will be any small print on MTD in the Treasury papers as they are released remains to be seen.

Sure to grab many headlines is the new tax on global tech giants such as Facebook. Chancellor Philip Hammond told the House of Commons the Government intends to bring this in next year.

Another highlight was the change to income tax thresholds. Mr Hammond said the Government would raise the tax-free personal allowance to £12,500 and the Higher Rate Threshold to £50,000 – both in in April 2019. That is one year earlier than previously pledged. It will rise from £11,850 and £46,350 currently.

Mr Hammond described this move as “a tax cut for 32 million people”, saying it would give an extra £130 in the pockets of a typical basic rate payer.

Speaking about the “real challenges” posed by gargantuan digital and online platforms for the “sustainability and fairness for our tax system”, Mr Hammond said it was time for change. Therefore, he said, a UK Digital Services Tax would come into effect from 2020.

He stressed that this would be narrowly targeted and directed at specific digital tech giants who will shoulder the burden. He alluded to Facebook when making the announcement.

He emphasised that this was not an online sales tax that would fall on consumers, saying it would only be paid by companies that are profitable and generate £500m in global revenues. The Treasury will consult on the detail to ensure the policy is right and that the UK continues to be the place to start up and scale a new technology business, Mr Hammond told MPs.

The new tax is expected to raise over £400m per year by 2020, the Chancellor said. He added that the Government will consider scrapping the idea in favour of a globally agreed plan instead, if one emerges, but progress has been incredibly slow on this front.

One of the announcements already attracting attention will affect private-sector contractors, who look set to pay higher tax and National Insurance bills from April 2020. This is due to IR35 rules (about off-payroll working) being extended from the public to private sector.

The tighter tax rules appear to be aimed at contractors such as IT and management consultants who work through their own company but are in practice employed by a third party. The Treasury stressed that the reform “does not apply to the self-employed or introduce a new tax”. Officials said in the Budget papers that “contractors who do not comply with the rules pay significantly less income tax and NICs than an equivalent employee”.

Other snippets worth noting were a further clamp down on tax avoidance and evasion, aimed at raising £2bn over the next five years, and HMRC being given preferred creditor status for business insolvencies.

Overall, Mr Hammond claimed it was a Budget for “hard working families… for people who get up early every morning… the strivers, grafters and carers who are the backbone of communities”.

He claimed it was a Budget that paves the way for a “brighter future”, while repeatedly declaring that “the era of austerity is finally coming to an end”.

There will be a double Brexit deal dividend – if deal is secured with the EU, Mr Hammond believes. However, The Spring Statement could be upgraded to a full Budget if there is no deal, he suggested.

Mr Hammond, who had reportedly shifted the Budget from Wednesday to Monday to avoid coinciding with Halloween, and the repercussions that may have for newspaper headlines, alluded to this himself, musing on the possible front pages declaring a “Hammo house of horrors”.

It may be not until Halloween itself tomorrow that any truly terrifying changes emerge from the red briefcase, as economists and journalists pore over the tiniest details for the Treasury papers. The devil is always in the details, after all.

Below, we summarise the key tax changes.

Note: References in brackets for section/ page numbers taken from the Budget 2018 report.

• Capital Gains Tax: Entrepreneurs’ Relief minimum qualifying period – Increase the minimum period throughout which certain conditions must be met to qualify for Entrepreneur’s Relief from one year to two years.

• Digital services tax (DST) – From April 2020 a new 2% tax will be introduced on the revenues of certain digital business; only applies to groups that generate global revenues in excess of £500 million

• Corporate capital loss restriction – From 1 April 2020, a companies’ use of carried forward capital losses will be restricted to 50% of capital gains

• R&D tax relief for small and medium-sized enterprises (SMEs) – From 1 April 2020, the amount of payable R&D tax credit that a qualifying loss-making company can receive in any tax year will be restricted to three times the company’s total PAYE and NIC liability for the year (p51 3.80)

Some of the other key measures to emerge from the Budget included:

– More money for the NHS: £20.5bn over the next five years, including major investment in a new mental health crisis service, with a comprehensive support at A&E centres, more mental health ambulances and the launch of a 24 hour hotline.

– Stamp duty abolished for all first-time buyers on shared ownership homes up to £500,000

– Business rates for smaller English retailers to be cut by one-third over the next two years.

– A freeze in fuel duty for the ninth successive year

– Universal credit to stay despite criticism. Chancellor putting in extra £1bn to help support the transition.

– A £695m package to support apprenticeships

– A further £500m for the Housing Infrastructure Fund

COVID-19 and the self-employed: What has Rishi Sunak just announced?

Everything you need to know about payroll and the 2020 Budget

The first Budget of the new Conservative majority Government will be announced on 11 March. A Budget for 2020/21 had been due in October but…

How will the upcoming changes to tax impact your SME’s payroll?

The Conservative government has a variety of policies prepared that will shake up the business landscape for SMEs and their payroll. Specifically, plans are in…