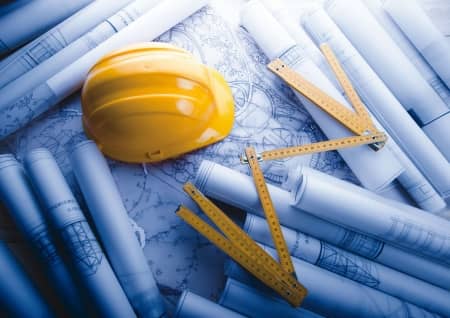 In June 2018, the Supreme Court released its decision in an interesting tax case concerning the ‘gross payment status’ of a company operating in the construction industry.

The appeal in JP Whitter (Water Well Engineers) Limited v HMRC [2018] UKSC 31 concerned legislation governing the Construction Industry Scheme (the CIS), which was introduced in order to counter widespread tax evasion by sub-contractors in the construction industry. Broadly, the CIS requires certain contractors to deduct and pay over to HMRC a proportion of all payments made to the sub-contractor in respect of labour under a sub-contract. The amount deducted and paid over is subsequently credited against the sub-contractor’s final tax liability for the same tax year.

Sub-contractors with statutory certificates of gross payment registration are exempt from these requirements, which tend to make sub-contractors holding a certificate a more attractive party for a contractor to deal with. It also improves the sub-contractor’s cash flow by enabling them to receive the contract price without deduction.

In this case, the company registered for CIS gross payment status in around 1984, and it subsequently underwent several reviews to determine whether this status should be retained. It first failed a review in July 2009, when its registration was cancelled. The same occurred in June 2010. On both occasions the registration was reinstated by HMRC following an appeal.

Between August 2010 and March 2011 the company was late in making PAYE payments on seven occasions. The delays were generally of a few days, but on one occasion of at least 118 days. It was accepted that the company failed to comply with the requirements of the CIS ‘without reasonable excuse’.

At that time, the company had about 25 employees and an annual turnover of about £4.4m, much of it derived from contracts with a small number of major customers. A further review followed and on 30 May 2011 HMRC cancelled the company’s registration. In doing so, HMRC took no account of the consequences for the company’s business.

The First-tier Tribunal (FTT) accepted evidence that the cancellation would have had a seriously detrimental impact on the company. The FTT allowed the company’s appeal, holding that HMRC had been wrong not to take account of the likely impact on the company’s business. However, that decision was overturned by the Upper Tribunal with which the Court of Appeal agreed. The company subsequently appealed to the Supreme Court, claiming that cancellation would mean losing 60% of its turnover, leading to dismissal of 80% of its employees, and that recovery would take up to ten years.

Unfortunately for the company, the Supreme Court disagreed. It upheld the earlier decisions of the Court of Appeal and Upper Tribunal, confirming that HMRC’s discretion over whether to cancel a CIS gross payment status registration did not require them to consider all circumstances and impacts of the decision.

The statutory requirements for registration for gross payment are highly prescriptive. They include a requirement that the applicant for registration complied, within the previous 12 months, with various tax obligations subject to an exception for noncompliance with reasonable excuse.

This case demonstrates the importance of ensuring that the strict conditions for gross payment status are adhered to.

A Better way to manage your leases. Every client is different, so we provide a combination of lease management services tailored to your needs.

An employee engagement platform designed to make all interaction and communication with your teams easier, less expensive, faster and more effective.