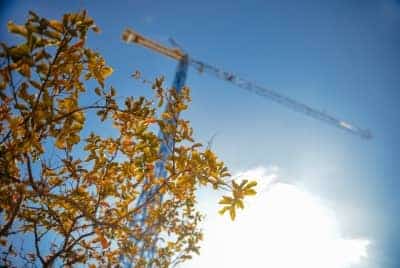 There have been reports of a drastic rise in the number of workers in the construction industry who are being moved into ‘umbrella’ companies in order to appear as not working full-time. This then means that employers can avoid enrolling them into a workplace pension scheme and ultimately save themselves money; all at the cost of the employee.

By being listed as self-employed, the actual employers can avoid paying NICs and auto enrolment payments, as being self-employed would pass this responsibility over to the employees themselves. Back in August 2015, Citizens Advice estimated that as many as 460,000 people could be, as they put it, “bogusly self-employed” and encouraged to register as such by their employer. In this instance, the ‘self-employed’ employee has to pay two lots of pension contributions, as they are deemed both the employer and employee in the eyes of HMRC.

Brian Rye, Acting General Secretary of UCATT had this to say:

“Frequently, workers are engaged on projects for less than three months, meaning companies are not obliged to offer the worker the opportunity to sign up for auto enrolment. This is creating large holes in workers’ pensions and creates the impression that it is not worth saving for retirement as the rewards are minimal.”

As the employer is forced to make both the employers and employees payments, at 1% each they are not too significant, however the minimum amounts are set to rise in 2018 to 5% in total and in 2019 to 8% in total. This is when employees in umbrella schemes may begin to feel the strain of having to fund the entire amount themselves, and then as a result opt out and stop saving for their retirement which could potentially cause financial problems later in life.

The IRIS AE Suite™ has been developed through close relationships with pension providers and The Pensions Regulator, as well as customer feedback. We are taking bookings for product demos of the IRIS AE Suite™; be sure to book your place today.

IRIS supports Accountants in Practice and Businesses, including FTSE250 companies, with their successful iXBRL compliance and in-house tagging.

IRIS Financials (formerly PS Financials) is an industry-leading unified ledger system. Always in balance and with no need to reconcile separate ledgers, our integrated financial management software empowers staff to take greater control of finances with powerful reporting, automation, and ease of use.

Use our integrated Payroll Module to simplify the complexities of payroll and reduce the time spent on admin, enabling you to focus on improving company culture and creating an environment where your people can thrive.

What is the National Minimum Wage?

With the National Minimum Wage (NMW) changing yearly, it can quickly become daunting for those looking to pay a compliant…