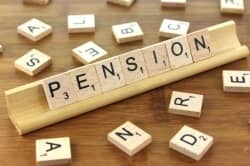 According to Gauke, the change is necessary thanks to a greater life expectancy, and to do otherwise would place an unfair burden on younger generations. Gauke, also stated that the proposals would create “fairness across generations, and the certainty which people need to plan for old age”.

“The government insists they want Britain to be the best county in the world to grow.”

In response to the announcement, Labour has said it opposed the government’s plans, and stood by its manifesto pledge to keep the SPA as it is. They called the move “astonishing, given recent reports suggesting increases in life expectancy were beginning to stall, and long-standing health inequalities between different income groups and regions in retirement.”

What does the current legislation state?

What are the 5 Key Facts?

How we can help prepare for retirement

With the recent rise of the state pension age and a record number of businesses staging this year, IRIS are helping to ensure that all businesses fully understand the Automatic Enrolment legislation and how it affects them. Accountants, advisors and indeed businesses can join us next month for a free webinar, Bite-sized Intro to Auto Enrolment for Small Businesses and get all of the information you need to tackle AE and ask any questions you may have.

Simply click below to register your place for the 29th August webinar, we’ll begin the 30-minute session at 2pm.

If you can’t make it, you can download a free on-demand version by visiting iris.co.uk/ondemand