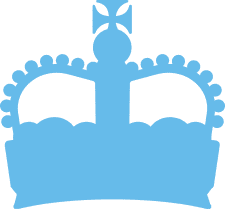 News broke today that Lin Homer, CEO of HMRC is set to step down after four years in the job.

Ms. Homer, who has been a civil servant for over 36 years, received her damehood in the recent New Year’s honours despite heavy criticism from MP’s for HMRC’s recent performances with customer service and disappointing progress on tax evasion.

HMRC credit Ms. Homer with the following achievements during her time in charge:

Ms. Homer had this to say about her resignation:

“After ten years as a Chief Executive and Permanent Secretary in the Civil Service, the start of the next Spending Review period seemed to be a sensible time to move on. HMRC has secured Ministerial support and funding for our ambitious transformation programme and it has the leadership team in place to deliver it. My successor will be able to put their full weight behind seeing the transformation through to 2020.

“It has been a privilege to have been with HMRC during a period when the improved performance of the Department has been increasingly recognised and we have the full backing of Ministers for our future plans.

“HMRC is a critical organisation which does vital things – to collect the revenues to pay for public services, support families with targeted financial support and facilitate trade for UK businesses. I have found commitment to public service and dedication to customers among our people wherever I have been, coupled with a deep level of specialist expertise and operational excellence.”

The impact this will have on issues such as auto enrolment and the upcoming introduction of the National Living Wage is yet to be seen, however IRIS will keep up-to-date with any and all legislation changes.