How Will Brexit Affect Small Businesses in the UK? 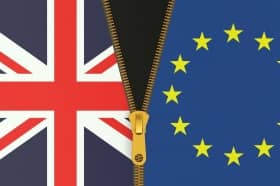 With the dust still settling from the EU Referendum and the UK’s decision to leave the 28-nation bloc, how will the vote affect small businesses?

It’s expected that Brexit could have a huge impact on businesses of all sizes. We’ve already seen an estimated £120 billion wiped off the value on FTSE100 companies, but it’s not just large companies which could be affected, the UK’s medium, small and micro-sized businesses could also be affected over the coming weeks and months.

How Did the UK Vote?

When broken down by country, England and Wales voted to leave, whilst Scotland and Northern Ireland voted to remain.

A Vacancy in Number 10

Additionally, David Cameron has resigned after campaigning for the UK to remain part of the EU and has said that the UK needed “fresh leadership” and that he had already informed the Queen about his intentions to step down.

“The British people have voted to leave the European Union and their will must be respected,” Mr. Cameron said.

“The country requires fresh leadership to take it in this direction,” added the Prime Minister.

“I will do everything I can as Prime Minister to steady the ship over the coming weeks and months, but I do not think it would be right for me to try to be the captain that steers our country to its next destination. This is not a decision I’ve taken lightly but I do believe it’s in the national interest to have a period of stability and then the new leadership required.”

What’s Next for Small Businesses?

Mike Cherry, national chairman, Federation of Small Businesses has said, “smaller businesses up and down the country now need a focus on economic certainty and stability. In light of the result this morning there has been a shock to the market with the pound falling to its lowest level against the dollar since September 1985.

“Today we call on the Government and the Bank of England to urgently put in place measures to prevent any further instability negatively impacting small businesses in the UK.

“Small firms need to know what this means for access to the single market as soon as possible.”

The full effects of Brexit are yet to be seen, it could have a positive effect on the economy, or it could be negative. We’ll be keeping a sharp eye on how things play out, so stick with us for updated blogs in the future.