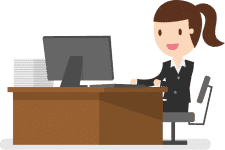 On June 23rd, the UK voted to leave the European Union. This could have profound implications on the UK’s laws, including employment law.

Register For My Free Webinar

Whilst many current laws in the UK are influenced by the European Union, many others we in place in some form or another before the UK entered the union. The Government may decide to leave many laws as they are, whereas some may be changed or scrapped altogether.

Laws such as equal pay, maternity leave and racial discrimination were already in place in some form or another before being imposed by Europe. James Davies from law firm Lewis Silkin has written an informative article for the Chartered Institute of Payroll Professionals which he writes about the core reason why the UK may retain the current laws. He explains that the main reason for the UK to continue to follow European employment law is that it will wish to stay in some sort of trading relationship with the EU, its biggest export partner, albeit not full EU membership.

The arrangements that Switzerland and countries in the European Economic Area, such as Norway, have with the EU involve adherence to a significant amount of EU employment law. Any trade agreement between the UK and the EU is likely to require something similar.

It is therefore unlikely that the UK will remove all of the EU’s laws at once, if at all. The approach is likely to be gradual changes to current legislation, which is something that businesses should begin preparing for now.

This year saw the release of IRIS HR, the cloud-based HR software for small businesses. Alongside the release, we’re now running a brand new webinar, titled ‘6 Tips for Employment Law Compliance’. Joint hosted by Marie Walsh, an Employment Lawyer and Director at Consilia Legal. Marie specialises in UK employment law, so is the perfect person to answer your questions on what’s next for the legislation.

Although not set in stone, Marie can share her predictions about what will happen once the UK triggers Article 50, and how this could affect businesses.

Be sure to register for the next session running on Thursday 8th September at 12pm.

Register For My Free Webinar

Another year, another payroll year end – are you ready?

For payroll professionals at any stage in their career, payroll year end is a particularly stressful period. Following furlough, redundancies and COVID-19,…

As we tackle our second national lockdown, many organisations are likely planning for employees to continue working remotely for the…

IRIS Live: why attend and what to expect

There’s only one virtual event you need to attend this year and it’s IRIS Live; here’s why.  Chances are, you’ve been invited…