How Will The Apprenticeship Levy Affect Your Business? 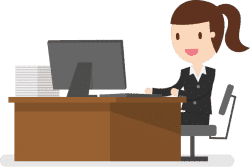 Set to begin in April 2017, the Apprenticeship Levy aims to help the UK create three million apprentices by 2020 – but just how will it all work?

The levy will require businesses with an annual wage bill of more than £3m to spend 0.5% of that total bill on the levy.

The Apprenticeship Levy is being introduced from April 6th 2017, but payments aren’t due to start until May 2017. Additionally, it’s up to the employers themselves to notify HMRC each month if their business is eligible to pay-in to the levy. The payment is paid directly to HMRC through the PAYE process.

The Government is also introducing what they call a ‘levy allowance’ of £15,000 per year, which will be subtracted from the 0.5 per cent total.

What’s Next for Businesses?

Once businesses begin paying into the levy and are registered with HMRC, they gain access to funding through a ‘digital apprenticeship service account’ which enables them to select and pay Government-approved training and post vacancies for apprenticeships that they may have. Government-approved training simply means each training provider must pass quality and financial tests to make sure standards and consistent.

The Government tops-up each £1 placed into the scheme, meaning that for every £1 a business pays into their digital account, they get £1.10 back to spend, these funds expire after 24 months.

Initially, the digital accounts will only be accessible to businesses paying into the Apprenticeship Levy, but by 2020 the Government aims to have the program accessible by all businesses.

How to Calculate What You Have to Pay

Businesses can work out exactly how much they need to pay in three steps:

1) Work out exactly what you total wage bill is, including pensions and bonuses

What’s left is the figure which must be paid into the Apprenticeship Levy.

What’s the Reaction to the Apprenticeship Levy Been?

Marcus Mason, Head of Education and Skills at the British Chambers of Commerce, says “the Government’s immediate priority must now be to communicate these changes to the wider business community.

“Our recent survey showed that nearly 40 per cent of firms have no understanding, or haven’t heard of the levy – while just over half don’t understand how the funding reforms work. Communicating these changes effectively should be paramount.”

The Government hopes that the levy will become standard, just as the Workplace Pension Reforms have become.

To get a head-start on the top issues which will affect payroll next year, download our latest free guide, the Top 5 Payroll Issues of 2017 to learn more about each issue as well as what your business can do to prepare.