We’ve been inundated with requests for our new VAT Filer solution for MTD since announcing it at IRIS World in Twickenham two weeks ago.

I was taken aback at the sheer volume and immediacy of the interest but it’s a really positive sign and good indicator that accountants are keen to join HMRC’s newly announced public pilot. 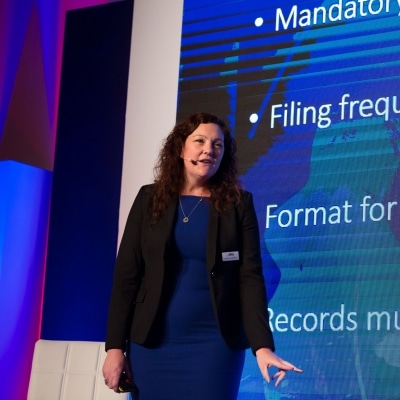 It seems that the 200 or so practices that have requested a licence must be keen to take part in the trial because otherwise why request it now?

It has surprised me because there was a much steadier flow for the income tax pilot, in terms of customers participating. I assumed interest would ramp up closer to April, but we’ve already had the big bang. The fact that the VAT changes are mandatory is probably the difference between the immediate take up of the two pilots.

With such a high level of interest already, we can only see it getting bigger as we move towards April. The positive thing about this surge is that it suggests customers have really engaged with the MTD messages we’ve been delivering and are taking getting ready early very seriously.

Our MTD Roadshows this summer were a big hit, with over 700 accountants taking part and then combined with around 1,000 delegates at IRIS World and all the webinars we’ve been running, I’m sure this had made a big difference. It seems customers are now much more aware and educated.

What we’re still trying to stress though is that the best answer to the challenge posed by the new MTD rules is bookkeeping software such as Kashflow, which has all the advantages of IRIS integration. IRIS VAT Filer is designed to be a backup option for scenarios where bookkeeping software isn’t a viable option, such as when complicated VAT calculations or Group VAT submissions are required and different products are used for each group.

The IRIS VAT Filer product allows for the import of values from various sources and submits them onto HMRC for compliance with Making Tax Digital.

As I say though, ideally, the solution should be a bookkeeping package such as Kashflow. Not only does it ensure your clients comply with the digital record keeping requirement of MTD, but VAT is automatically updated for submitting directly to HMRC.

There are encouraging indications to suggest more accountants are getting prepared for MTD, but I feel it is important to emphasise again that there are lots of steps that accountants must take to prepare for MTD. What I’ve been saying at IRIS World in the last 10 days is that there’s quite a few steps to complete on the HMRC system to be ready for MTD.

We’re expecting further announcements from HMRC about MTD for VAT in the coming weeks and months. Indeed, there may even be more news in the Budget when Philip Hammond addresses Parliament later today.

In the meantime, for further help to ensure you comply on time, check out our newly published Agent’s Setup Guide for MTD. Click here to see it.

HMRC has launched a major review of how the tax administration framework could be reformed. This could pave the way…