Looking At The Gender Pay Gap On International Women's Day 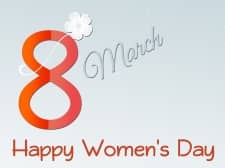 To celebrate International Women’s Day today, we look at a recent update on the gender pay gap which was revealed on Monday.

A new report by the Fawcett Society has suggested that for some ethnic groups in the UK are not only narrowing the gender pay gap, they’re reversing it. The research found that for Caribbean woman and white Irish women, they’re currently earning on average more than their male counterparts.

The report stated that pay for white Irish women in the UK has been outpacing male salaries of the same ethnic group since the early 2000s.

The biggest difference in gender pay comes from Indian, white British and Chinese groups, however for white British groups, this can be partly explained by the sample size which was far greater than others surveyed.

The Current State of Gender Pay in the UK

The average gender pay gap between white British men and women in the UK stands at £15.35 per hour for men, and £13.21 for women, according to data taken between 2010 and 2015. This difference of £2.14 per hour is part of the reason why Gender Pay Gap Reporting will some come into force.

From next month, all businesses in the UK with over 250 employees will be legally required to report publically on six key metrics. The findings don’t need to be made public until April 2018, but the information needs to be gathered from this year.

Within the report, you will be able to, and should, add some narrative to the findings, helping readers understand the results. This gives you a chance to explain reasons behind particularly good or bad results and also lets you highlight how you’re doing against competitors.

Whilst great strides are being made to reduce the gender pay gap, there are still things that must be decided on, for example, what the official definition of gender pay is. As usual, we’ll keep on top of the subject and keep you updated about any important updates. Gender pay is the latest in a series of changes to legislation that UK companies have to keep on top of, with changes to Holiday Pay legislation being another hot topic right now.

For more information on gender pay and other up-and-coming legislation, we write daily blogs and our popular free guides are published monthly. You can check-out and download our latest guides using the button below.

IRIS Options provides flexibility to select the right product combination for practices with 9 to 300 clients. The entry level offering includes IRIS Accounts Production, IRIS Business Tax, IRIS Personal Tax, P11D and IRIS OpenSpace ensuring you are up and running as quickly as possible.