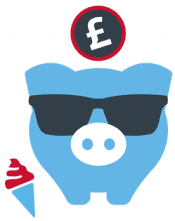 In the long-running case of Lock vs. British Gas, the Court of Appeal has ruled commission must now be included in holiday pay calculations.

This was concluded late last week when the Court of Appeal ruled in Lock’s favour, meaning that regular commission payments must be taken into account when calculating holiday pay.

Any employer who runs a commission scheme must take note of this ruling, as there is a two-year gap for employees to apply for back-dated payments if they’re eligible.

The advice from ACAS – which IRIS have been communicating for a number of months now – is to pay your workforce ‘fairly’ in anticipation of last week’s ruling.

In reaching the above decision, the employment tribunal inserted new wording into regulation 16(3) of the Working Time Regulation, “(e) as if, in the case of the entitlement under regulation 13, a worker with normal hours whose remuneration includes commission or similar payment shall be deemed to have remuneration which varies with the amount of work done for the purposes of section 221.”

The Effect of Brexit on Holiday Pay

Speaking about how the Brexit vote will make any difference to how holiday pay is calculated, Glenn Hayes, partner at national law firm Irwin Mitchell, said:

“The Brexit vote itself does not make a difference to how holiday pay should be calculated and whilst we remain a member of the EU, we are required to interpret UK legislation in line with European directives and decisions of the ECJ.

“However, that is likely to change. The Government has recently announced it intends to end the jurisdiction of the ECJ in the UK and, next year, will introduce the Great Repeal Bill which, it says, will come into effect on the date we formally exit the EU (possibly March 2019).

“This will end the authority of EU law by converting all of its provisions into UK law and reasserting the supremacy of UK law. According to the Government, this will give the UK the opportunity to scrutinise, amend, repeal or improve any aspect of EU law in the future and [working time] could be one such area.

“This will not mean that all of our employment laws fall away, but the intention of the legislation appears to be that ECJ interpretations will no longer bind our UK courts and tribunals.

“That is likely to have a profound effect on holiday pay cases as challenges have been based on failure to properly implement the social ambitions contained in the Working Time Directive and influenced by Europe, rather than the previously well-understood UK position which referred to basic pay only.”

We’ve been on-top of holiday pay for a number of months now, helping businesses who want to get ahead of the changes to holiday pay do so before the ruling way made. We offer the industry-leading IRIS Holiday Pay Module which offers a flexible solution to configure holiday pay automatically, taking away the time and inconvenience of manually calculating your employee’s holiday pay.

Unlike other solutions, the IRIS Holiday Pay Module automatically calculates and pays the 12-week average weekly earnings for holiday pay as part of the normal payroll run. This easy-to-use process will save you time and reduce errors when calculating employees’ entitlement to enhanced and contractual holiday. There are no complex processes to run and no additional man power needed; it’s all taken care of within payroll.

Book yourself onto a free, no-obligation software demonstration of the IRIS Holiday Pay Module and see for yourself how it can revolutionise the way your calculate holiday pay for your workforce.

Engaging and communicating with a spread-out workforce

While businesses are beginning to reopen and furloughed staff are returning part-time, it’s important to remember that due to the…

Is it time to outsource your payroll?

The COVID-19 pandemic has placed a huge amount of pressure on businesses, requiring many to assess existing processes and areas…

Following the announcement in June, employers have eagerly been awaiting 1 July 2020 as this marks the official date for…