Pensions vs ISAs: Which is best for retirement saving? 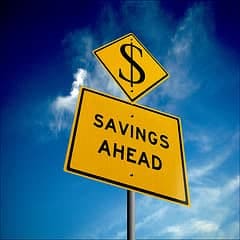 As you know from the budget that was announced last week, the personal allowance increase to ISAs now means that from 6th April, you can pay in up to £15,250 into an ISA. This has now raised the question “are ISA’s now more suitable for longer term and retirement savings than a pension?”.

So, what is so attractive about the ISA?

First of all, its increased flexibility means that over the financial year, people can pay into an ISA and withdraw at any point. You can now also pay money back in, and not lose out on your tax benefits (provided you pay in before the end of the tax year).

Previously, if you had saved the maximum of £15,000 and then withdrew it all the very next day, you would not be able to capitalise then on the tax savings and pay the £15,000 back in.

The entire amount of savings can also be held in a combination of cash, stocks and shares; too.

However, the flexibility aspect of ISAs is also their downfall. It can be extremely tempting for someone to dip into their ISA now should they need extra money for a new kitchen or car repairs. Knowing that being able to replace the money and keep their tax benefits makes accessing your ISA that little more desirable.

Drip-feeding money into a pension scheme means that  you cannot access that money until later on in your life and you also will have an income ready for your retirement years.

When you pay money into a pension, you claim a tax relief on those contributions, also. However, when you withdraw money from your pension, you may be liable for income tax. Paying into an ISA doesn’t come with tax relief but any future incomes from the ISA are free of tax.

But what about the possibility of a combination of the two?

Saving into a pension from a young age maximises your pot, come retirement age. During the younger years of your life, you could in theory simply pay in the minimum contribution level (meaning younger people with typically lower incomes) and then have an ISA to help you save for more immediate life events.

The government’s help to buy ISA that was introduced during the budget is an excellent example. Even though you can only pay in £200/month or £2,400/year, the government will match the savings by 25% (up to a maximum of a £3,000 bonus).

Saving money in this way as well as investing into a workplace pension may be the correct way to go, especially if your employer matches the contributions.

It does seem that a workplace pension is still the answer when it comes to saving money for your retirement. With auto enrolment ramping up to include SMEs now with staging dates ranging until 2017, more and more people will be auto enrolled into qualifying pension schemes.

Do you think that this will remain the same when we reach 6th April after the new pension freedoms will allow people aged 55 and above to access their entire pension pot?

Improve efficiency and save time by getting the most from your IRIS software with our FREE online Accountancy training.

Speculation is mounting fast within the accountancy and tax profession that, in a bid to find the extra money he…