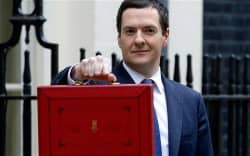 With under 50 days to go until the general election, the chancellor announced that there would be no gimmicks and giveaways in this pre-election budget.

A very tempting opportunity to do so given a large windfall in government funds from various sources: a drop in oil prices, large amounts of capital raised from the sale of bank shares and a decrease in the cost of borrowing money, all gave rise to the possibility of freebies from the government in an attempt to woo voters before the election.

George Osborne however decided that the money was better spent to offset some of the deficit and this shows; the deficit as a share of national income as halved since 2010.

Moving on to workplace pensions, the pension pot lifetime allowance is to be reduced from £1.25m to £1m from next year which will also save the government around £600m per year.

As we expected from yesterday’s blog post, the law will be changed to allow pensioners to access or change their annuities and will abolish the 55% tax charge.

Fantastic news also for the pub industry, beer duty has been cut by 1p/pint, cider by 2%, whisky by 2% and the duty on wine has been frozen.

In terms of the changes to savings, there will be a new personal savings allowance with the first £1,000 interest on savings income will be tax free and the annual savings limit for an ISA will be increased to £15,240. Emphasis on helping first time buyers has also been written into the savings part of the budget with a “Help to buy” ISA which will be topped up by government of £50 for every £200 saved for a deposit on a house.

In terms of infrastructure and housing developments, the budget announced by the chancellor will include up to £600m to clear new spectrum bands for auction which will ultimately improve mobile phone networks and connectivity and also a commitment to providing high speed internet; of at least 100mb/s for every household in the UK.

Furthermore, a new inter-city rail franchise for the south west of England has been proposed and to promote the Northern Powerhouse, councils of Greater Manchester will be allowed to keep 100% of additional businesses rates.

Emphasising business, the anticipated “Google Tax” namely, the “Diverted Profits” tax will come into effect next month which will prevent firms from moving their profits offshore artificially to avoid the taxman. Farmers will also be allowed to average their incomes over five years for tax purposes.

Finally, a further £75m from the Libor fines issued will go to charities for regiments that fought in Afghanistan, to renovate the Battle of Britain memorials and also to contribute towards a permanent memorial to casualties of those who died in Afghanistan. There will also be £25m allocated to support army veterans.

So there we have it. One of the main criticisms was the believability of the budget and whether the promises made were going to hold their own water. Do you believe in the budget or do you think it’s all to woo voters for the next election? Does this budget work for you personally or for your business?

COVID-19: £250m in loans and insolvency law changes to ease burden on businesses

The votes are in, the Conservative Party has won the election, and change is coming. This may have been dubbed…

Take Charge of Your Own Learning

IRIS has launched a brand new approach to payroll training, and it’s pick and mix. Who doesn’t love pick and…