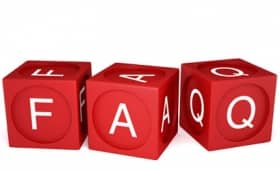 We have been giving RTI training to customers for a number of months now, and started to notice that certain questions were being asked again and again. So we decided to compile the following list of the most popular questions, along with our answers to them.

What is RTI?
Real Time Information (RTI) is a new system for reporting pay, tax, National Insurance and other details to HMRC. Rather than submitting these details at the end of each tax year, HMRC will be collecting this data from employers every time a payment is made. It is the biggest change to happen to payroll since PAYE (Pay As You Earn) was introduced in 1944.

How is RTI being developed?
HMRC has been trialling RTI with around 300 volunteer employers since April 2012. All SME’s with fewer than 5,000 employees will be expected to begin making RTI submissions from April 2013. IRIS have been working alongside the HMRC throughout the pilot scheme, selecting and training customers to take part.

What does this mean for my business?
RTI will have an impact on three key areas of your business: data, systems and compliance.

When will IRIS Payroll software’s be RTI ready?
All IRIS products are now RTI ready and available to download now.

Do I need to register with HMRC to do RTI in April?
You need to be registered for online filing so if you are already sending over P45’s or P46’s to the HMRC electronically you should already hold a username and password. These details will be used when doing completing RTI submissions