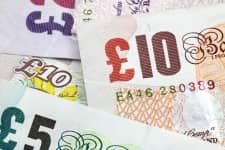 Under the previous two governments, firstly Labour and the subsequent Coalition Government, the state pension was increased to bring both men and woman under the same banding. The age at which women qualify for the state pension is in the process of rising from 60 to 65 by November 2018, with the exact date depending on the month you were born.

The Cridland Report suggests three key changes to the State Pension, including the scrapping of the pensions ‘triple lock’ and means testing for those requesting access to their state pension before the set age and those receiving the Winter Fuel Payment.

John Cridland explains, “there are those of us who wouldn’t be pushed into cold winters if we didn’t have a winter fuel allowance and there are people for whom the winter fuel allowance is the only thing that keeps the heating on. There may come a time when we need to target it rather than have it as a universal benefit.”

The report’s core suggestion is that the two current planned increases to the State Pension Age do not go far enough, and that the age should increase once again to 68 by 2039 which is seven years earlier than currently planned.

This will now be reviewed by the Government, and if accepted around 5.4m people aged under 45 could see their pension age upped to 68.

The Importance of Saving For Our Future

We all know this by now, but the introduction of auto enrolment via the Workplace Pension Reforms were intended to help the pension system cope with an aging society. This year, an estimated 6,000 people are expected to celebrate their 100th birthday. However, by 2050, this figure is anticipated to rise to 56,000 people.

The workplace pension is intended to work alongside the State Pension and individual savings to provide a three-pronged income for those reaching retirement. Auto enrolment is now well under way, with all current businesses due to finish staging by April 2017.

The remaining staging dates will apply for new businesses set-up with specific PAYE incomes from April 2012 onwards. You can check your staging date on The Pension Regulator’s website.

To help you get ready for auto enrolment, you can access a wealth of pre-recorded webinars covering everything from the basics and the Declaration of Compliance, all the way to re-enrolment and ongoing compliance.

You can access your webinars by clicking below and submitting your details, all webinars are completely FREE to download.

IRIS Virtual Payroll Assistant (VPA) is the perfect solution for accountancy firms and payroll bureaux, providing full and mixed automation for all your client payroll work combined with task management and oversight.