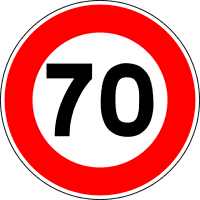 After a recent sharp rise in life expectancy, state pension age reaching 70 by 2050 is now “inevitable”.

Initially, the government introduced a formula that would mean that people in the future generations would spend a third of their adult life in retirement.

The data that has recently been published by the Office of National Statistics (ONS) showed that over the past century, life expectancy at birth had increased by nearly three years per decade, up from 51 years in 1910-1912 to 79 years for men 100 years later. This increase was from 55 to 83 for women in the same period.

In addition to this, around 20 percent of men that are currently aged 60 and 31 percent of women of the same age can expect to survive until at least their 90th birthday.

“Although no one has a crystal ball and can’t be sure for certain what the future may hold for us all, the ONS figures do raise the possibility of many more people in this country living well into their nineties by the second half of this century.

Using the formula now proposed by the Government that future generations should spend up to a third of their adult life in retirement it is very likely that state pension ages will have to rise much faster than currently anticipated, almost inevitably reaching at least 70 by the midpoint of the century.

Longer working lives will surely become the norm for today’s younger generations, something they will have to accept in thinking ahead for retirement and how they are going to finance them.”

It is likely however that the rise to 68 could come much sooner than the proposed 2046 due to the recent life expectancy figures and the “third life” notion, first suggested in the 2013 autumn statement cites a review of this figure every five years.

These figures have come as a warning, explains Tom McPhail, head of pensions research at a financial services firm. He says that

“It is vital to ensure you have made financial preparations to meet your income needs well into your third, or even your fourth decade of retirement. For many people, an annuity will continue to be the logical retirement income choice for at least part of their pension fund.

If you are using drawdown to pay a retirement income then you don’t want your 90th birthday to come as an unwelcome surprise; it is essential to make sure that your income withdrawals and investment strategy remain sustainable over the long term.”

But what does this mean for payroll software?

As you may have already heard, the “capacity crunch” is something that is going to affect all companies that are set to reach their staging date between now and 2018. There are approximately 1.8 million businesses that this will effect – a lot of businesses that are all trying to find the same solution to the same problem from an industry that isn’t increasing at the same rate.

This means that there will be a strain on resources. It is extremely important for a businesses to automatically enrol their eligible employees into a qualifying pension scheme; in fact; it is the law. And with this recent news about the life expectancy increase, the government are trying to balance the amount of time that you spend working (and paying into a pension scheme) and the amount of time you are retired.

As life expectancy increases and people live longer, there are going to be less people of working age to those of retirement age meaning that state pensions will come under a lot of strain. This is why auto enrolment is so vitally important and why you as a business should be helping to safeguard the future of your employees’ retirements.

But running auto enrolment should not have to be an extra, over expensive burden. The IRIS AE Suite™ automatically assesses your employees for eligibility, sends out payslips and P60s electronically and publishes pension communications to an employee’s secure online portal. This is all done automatically alongside your payroll run.

Want to see this in action? Find out just how quick, easy and streamlined this entire process is in not only keeping your business compliant, but also ensuring that you employees will have a decent, living wage by the time that they retire.

See how it works in a free demo