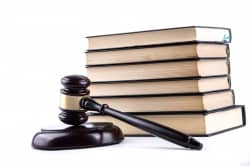 The government have ruled to stop charging employment tribunal fees and refund those who have previously paid for them.

The decision was made after reports showed that the number of cases taken to employment tribunals had fell by 70% since the fees were introduced by Chris Grayling, the then Lord Chancellor.

The supreme court ruled in favour of Unison, the UKs largest trade union after they argued: “fees of up to £1,200 were preventing workers – especially those on lower incomes – from getting justice.” The court branded the tribunal fees illegal, and preventing a significant number of people unable to afford “access to justice.”

After today’s landmark victory, following Unisons four-year battle against the introduction of the fees, the government are set to refund up to £32 million to thousands of people charged for tribunal cases dating back to July 2013. The game changing decision will result in UK employers needing to brace themselves as employees are now free to assert their rights without any financial barriers restricting them.

The Trade Union Congress General Secretary, Frances O’Grady, said: “This is a massive win for working people. Too many low-paid workers couldn’t afford to uphold their rights at work, even when they’ve faced harassment or have been sacked unfairly”.

“Tribunal fees have been a bonanza for bad bosses, giving them free rein to mistreat staff. Any fees paid so far should be refunded as soon as possible.”

Are your HR processes up to speed?

To find out more information on HR legislation and to ensure your HR practices are up to speed, why not download our free 8-page HR guide. The guide looks at the top reasons why the popularity of Employee Self-Service HR software is booming, and how it can benefit your business practice.