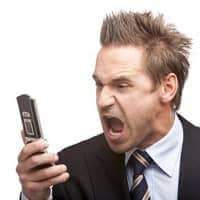 According to figures from the Public Accounts Committee (PAC), taxpayers spent a total of 76 centuries on hold to various government helplines last year, including HMRC’s. This news comes after HMRC blamed their recent poor customer service on the introduction of Real Time Information.

Margaret Hodge, PAC chairman, said that the use of 0845 numbers by HMRC and other government agencies was “a racket” and cost callers around £56 million last year. The review also highlighted how fewer than one in ten calls were answered by HMRC on 31st July this year, the day by which taxpayers had to inform HMRC of changes in their personal income, with 89% abandoning the phone line.

Earlier this month in an internal review HMRC placed some of the blame for their poor customer service on the introduction of RTI. According to Payroll World some of the reasons listed included “technology-related issues and shuffling extra staff on to RTI helplines, as well as a decision to delay automated speech features”.

A spokesperson for HMRC explained that they were working to improve their services and accepted that such long call waiting times were “not good enough”.

With major legislative changes such as RTI and auto enrolment, having support is vital for many businesses. Waiting on hold to speak to someone can be a stressful experience though, especially if your query could be answered quickly and easily. Our KnowledgeBase has been established to help you with these sorts of problems. We regularly take a selection of queries our support get asked and upload answers to this new page. This means that by checking this page, you could save yourself having to call up for support. We believe that 9 out of 10 queries can be answered by visiting this section.