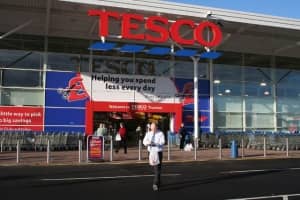 This is the amount that the retail giant Tesco have announced as a loss after a pre-tax profit of £2.26bn this time last year.

The majority of this loss has been attributed to the fall in value of their UK stores; 43 of which are set to be closed later in the year to try and cut the losses that have been sustained.

This announcement has caused a buzz of panic around the 300,000 employees that are currently working for Tesco as there is now an estimated £5bn black hole in their pensions.

Letters have been sent out to employees detailing that Tesco plan to close their Defined Benefit (DB) contribution scheme and open up a newer, cheaper pension scheme in an attempt to save money on the amount of contributions with a Defined Contribution (DC) scheme instead.

A Defined Benefit scheme (sometimes called a final salary pension) promises to pay out a certain amount of income based on your salary when you retire. With the Defined Contribution scheme, your final retirement amount isn’t guaranteed and you are given a lump sum upon retirement of which you have to decide on what to do with.

In addition to this, other radical changes have been made across the business in an attempt to streamline and save costs. Organisational layers have been stripped out from head office to the shop floor which is further increasing the fears around job security.

The shop-workers union; Usdaw; have committed to fighting the plans to scrap the DB scheme and encourage the Tesco elite to look at better ways to save costs.

Tesco have already outlined plans to sell off their Blinkbox online music business and their customer analysis business Dunnhumby.

This adds further emphasis that pensions and futures are a long term investment. The nature of business and work is that sometimes not everything is future-proof so it is extremely important that as a business you look to protect your employees’ pensions.

Auto enrolment, the workplace pension reform was brought in an attempt to get society saving more for their retirement. So far it has been a success and it is now becoming the turn of the smaller and micro businesses to comply with their responsibilities.

Preparation is extremely important. Getting a good foundation for a process is one of the best ways to ensure it’s prolonged success so preparing early for auto enrolment via training and advice could be the make or break for your business.

Find out more about auto enrolment and IRIS Auto Enrolment Training to set your business up for a strong start.

What is Auto Enrolment?

Speculation is mounting fast within the accountancy and tax profession that, in a bid to find the extra money he…