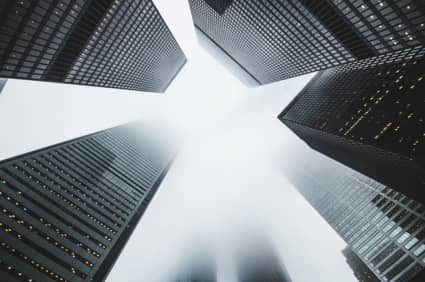 Here is the final part of our five-part series looking into the key issues we predict will affect your business in 2016, the topic this time is the global economy. You can find links to the previous four entries at the end of this blog.

We’re only into the second month of the year and already there are reasons to believe that 2016 will bring a big strain on the global economy, according to the news stations; but is it really that bad?

So far this year we’ve seen the huge slump in oil prices wipe billions of pounds off the value of energy companies. As well as this, China’s stock market performance has had such a negative effect on the country, that it’s began to hit other countries as well. China’s relative decline could have an effect on your business through your supply chain, as it will with many other UK businesses who rely on China for their stock.

Recently, India’s economy has grown to a point where, when coupled with China’s problems, it has now officially become the world’s fastest growing economy. Additionally, the US’s unemployment rate is now 4.9% which will be welcomed across the Atlantic.

So, what about the UK? The UK’s employment level is currently at a record high, and industry’s such as services and tourism are seeing no slowdown in their growth levels. Despite this, the UK’s growth estimates have been reduced, partly in response to the present condition of the North Sea oilfields and both the price and demand for oil globally.

During an economic slowdown, owners of small and medium-sized businesses (SMEs) face a challenge to convince consumers to spend. This is because during times of economic decline, many people begin to worry about issues such as job security and their savings, and in turn are less inclined to spend their disposable income and rather prefer to save instead.

Some types of SME actually thrive in a slow economy. Businesses with solid financial reserves are able to put this money to use and use a slowdown to expand at a time where new property is cheap and negotiations with new suppliers put the leverage firmly with the buyer. Also, as other businesses become more stringent with where they send their business’s money, your business could take advantage of this and take out more advertising at a cheaper rate.

Ultimately, we understand that the majority of businesses are not going to be spending during a time of austerity. Here at IRIS, our aim is to help ensure that your business runs as smoothly as possible, and to do this, we’ve developed the IRIS AE Suite™.

Auto enrolment is complicated, and unfortunately non-compliance can lead to fines from The Pensions Regulator, regardless of the size of your business. The IRIS AE Suite™ is the most comprehensive piece of payroll software currently available, and helps your business remain compliant as we look out for changes to workplace pension reform legislation on your behalf.

The IRIS AE Suite™ has been developed through close relations with pension providers, The Pensions Regulator, as well as from customer feedback. The package also helps your business remain compliant through communications, as it will create and maintain an audit trail of auto enrolment communications sent out. Avoiding fines and penalty’s at present can be a great help to your business, and the IRIS AE Suite™ is there to help your business remain compliant with auto enrolment at all times.

You can catch up on the series’ previous entries here:

Part One – The National Living Wage

Building business critical applications is at the heart of the IRIS mission. Your continued success depends on protecting the most valuable asset in your business – your data. With IRIS IT Security we have you covered.