The Queen's Award for Enterprise 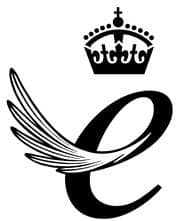 Today we recognise and celebrate Her Majesty The Queen becoming Britain’s longest serving monarch. During her time as our head of state, she has introduced The Queen’s Awards for Enterprise.

The Queen’s Awards for Enterprise are arguably the most prestigious awards in British business and 2015 marks the 50th anniversary of the award.

Her Majesty The Queen appoints the awards on advice from the Prime Minister and an advisory committee that includes representatives of Government, industry and commerce, and the trade unions.

The awards themselves are issued for excellence and outstanding achievement in International Trade, Innovation and Sustainable Development. There is also the Award for Enterprise Promotion (QAEP) which is given to individuals who are recognised to have promoted and enhanced enterprise among entrepreneurs and businesses in the UK.

There is a multitude of different businesses that apply each year, from large international companies to micro businesses with only a handful of employees. This is because the awards are judged purely on merit after reaching certain criteria.

HM The Queen holds an awards reception at Buckingham Palace for representatives of the winning companies. Winners of the award can even fly The Queen’s Award flag and display the emblem on your stationary and advertising goods!

The clock is now ticking to make sure that your entry to The Queen’s Awards for Enterprise 2016. Entries close on 30th September.

To check your eligibility, submit your award application or nominate an individual for the Award for Enterprise Promotion (QAEP); you can visit the Government Gateway website below.

If you are unsuccessful, you will receive feedback on your application and advice for moving forward.

Are you prepared for National Sickie Day?

“I can’t come in today, the dog ate my railcard.” It’s that time of year again, 3rd February which is also known as National Sickie…

When is it time for SMEs to seek HR advice?

In a nutshell, the time is now. How confident are you that your business is fully compliant when it comes to HR? Even a single…

Are you fully prepared for the holiday pay law changes in April?

A number of employment law changes, including some relating to holiday pay, are set to come into effect in April 2020. But did you know?…