The Scotland Bill, what you need to know 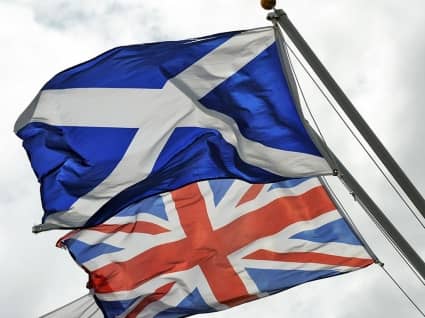 From April 2017, the Scottish Parliament will be given various new powers as they are passed from Westminster to Hollyrood. Amongst these new powers, Scotland will have the power to set rates and bands of income tax, and to keep half of all VAT receipts raised in Scotland. These are changes as part of the Scotland Bill 2015/16, which is an ammendment to the Scotland Act 1998.

Before all of this, however, payroll professionals will notice certain slight amends to the taxation process. Most notably, from April 6th 2016, people who live in Scotland will pay the Scottish rate of income tax will have their tax codes begin with ‘S’ to differentiate them from the rates the rest of the UK pays.

Whilst this will not affect most people, businesses with a workforce that includes people living in Scotland, around the Scottish Borders for example, will have to work out those employee’s financial calculations separately. Legislation which is fairly new, including auto enrolment could be affected; the minimum payment of enrolled workers is 1%, but if the Scottish rate of income tax was to change, the amount paid by the employee could go up or down depending on the income tax rate.

Income tax rates will be cut by 10% for people living in Scotland, however these taxpayers would then pay an additional ‘Scottish Rate’ of income tax totalling 10%, meaning that there would be no overall change to the amount they pay. The key change is that some of the income raised would be used to fund the Scottish Government, with the remainder going to the UK Government.

For PAYE forms and payslips, if you are unsure which category your staff fall into, the Government advise that you use the UK tax code until HMRC inform you otherwise. You won’t need to show the Scottish rate separately on P60s or payslips, but they should clearly show a Scottish ‘S’ tax code.

National Insurance contributions for your employees are unaffected by these changes.

Key aspects of the Scotland Bill include:

– Receive half of all VAT receipts raised in Scotland

– Legislative controls over areas including road signs and speed limits

– Management over the Crown Estate in Scotland

The Government recommends that businesses adjust their IT and payroll software accordingly to help ensure that the changes run smoothly. IRIS has a range of different payroll software suites to suit every size of business, from 5 employees to 10,000.

For small and medium-sized businesses, we offer the IRIS Payroll Business package, which is for businesses with as few as 5 employees up to 250. The software is simple and RTI-compliant, and combines powerful functionality with simple to follow processes and guidelines.

You book a free, no obligation, one-to-one product demonstration of IRIS Payroll Business today to see how it can help your business today.