The top 3 Budget 2016 announcements which could affect your business 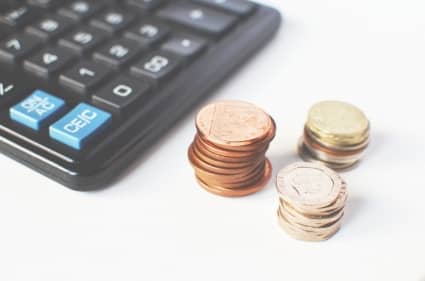 Yesterday, George Osbourne, Chancellor of the Exchequer, delivered his eighth Budget which he says will put ‘the next generation first’, but what does it mean for UK businesses?

Here are the top three key points from yesterday’s Budget which we believe could affect businesses the most.

Business rates have been controversial for years, since being written into law back in 1601 and not radically changed since, which has meant that businesses with a physical presence on the high street pay higher rates compared to online-only businesses. This is because the amount businesses pay is based on property rental value, rather than a business’s turnover; which has been them dubbed not fit for the digital age.

2. Class 2 NICs for self-employed to be scrapped

It was announced that from April 2018, Class 2 National Insurance Contributions (NICs) for those working as self-employed will be scrapped and that they will only need to pay Class 4 NICs if they make a profit of £5,965 or more per year. This should simplify things for self-employed workers, as from April 2018, they’ll only need to pay one set of NICs compared to two.

The Government is moving ahead with road and rail investments, and has announced an additional £60m for the High Speed Rail 3 project to cut journey times between Manchester and Leeds. Additionally, it was announced that enhancements to various motorways across Northern England including the M62 and sections of the M60. For the South half of England, the Crossrail 2 project between South West and North East London will be getting an £80m investment; and Wales will also see the Severn Bridge toll halved from 2018.

Whilst the majority of the announcements benefit Northern England, there are areas where other parts of the UK will see benefits. Owning a business close to an area which will see transport infrastructure improvements over the coming years could see more customers being able to visit your business, and this can only be good news.

Preparation is key, whilst some announcements made yesterday in the Budget may not come into effect for a number of months or years, business should begin preparations right away. The same principle applies to other areas which will have an impact on businesses, such as Holiday Pay for example. Changes to the way businesses calculate their employee’s Holiday Pay are due to come into effect soon, is your business prepared?

Book a free, no-obligation product demonstration of the brand new IRIS Holiday Pay Module and help your business get a head-start on Holiday Pay. You can register your interest below below, and also visit our Calculating Holiday Pay Insight Page to learn more about Holiday Pay.

We recently hosted our Virtual Payroll Conference that brought together payroll experts from IRIS and the Chartered Institute of Payroll Professionals (CIPP). The conference brought…

What is CIPP recommending regarding COVID-19 and the 2020 Budget

Due to the COVID-19 pandemic and introduction of the 2020 Budget, the pressure is on businesses to keep up to date with the latest changes…

Measures announced by the government affecting employee’s pay. On 20 March 2020, the Chancellor announced that the Government is going to cover up to 80%…