Home / Blog Articles / Traveling far to work each day? Employees could soon be paid for it (Part 4 of 5)
Sam Thomas
2 minutes length
Share this article

Traveling far to work each day? Employees could soon be paid for it (Part 4 of 5) 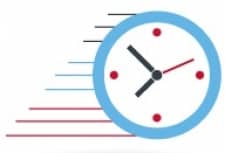 Part four of our five-part series looking at the key issues facing businesses in 2016 is here, the topic today is travel time.

During the latter end of 2015, the European Court of Justice ruled that time spent by employees traveling to and from their first and last appointments should be regarded as working time. This would apply only to workers without a fixed office, but does pose a challenge for businesses as this time has not previously been considered as work by many employers.

The case had been brought forward by a group of technicians in Spain working for Tyco but will have implications in the UK.

The Government has updated what UK law counts as work, and it now includes “time spent travelling if you travel as part of your job” – to fall in line with EU law.

The ruling could affect pay, with employees being paid for working longer hours, as their commute would effectively be paid-for by their employer. The ruling does not currently deal directly with pay as it focuses more upon working hours and conditions, but it is possible that this could change and that businesses could soon have to pay their staff higher wages to compensate.

This would be the latest legislation change to hit businesses in the pocket. In recent years, we’ve seen the workplace pension reform come into effect with auto enrolment; and holiday pay also changing to benefit the employer from a financial point of view.

There’s a lot to keep track of where business payroll and auto enrolment legislation are concerned, so we’ve announced the IRIS & Earnie Online Payroll Conference to help. The event is for users of IRIS Payroll Professional and Earnie software, and will be held on Thursday 25th February and is completely free to attend. We’ll be discussing legislation, the latest developments to your payroll software, as well as presentations by our industry experts.

You can register for the IRIS & Earnie Online Payroll Conference now, the event is held online similarly to our other webinars, so you never need to leave home or your office to attend.

You can catch up on the series’ previous entries here:

Part One – The National Living Wage