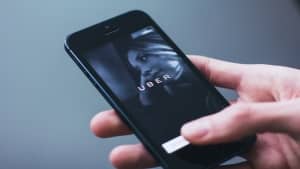 Uber drivers in the UK last week won a key court case against the company which means they’re now classed as workers rather than self-employed.

The ruling by the London Central Employment Tribunal means Uber drivers will now be entitled to rights that workers up and down the UK enjoy, such as holiday pay, the National Living Wage and paid breaks.

The case centred on whether Uber drivers are classed as employees or self-employed. Uber describes its drivers as ‘partners’ – they’re essentially self-employed and as such, miss out on holiday pay and other benefits.

Nigel Mckay from law firm Leigh Day who represented the Uber drivers during the proceedings, said that “the ruling will impact not just on the thousands of Uber drivers working in this country, but on all workers in the so-called gig economy whose employers wrongly classify them as self-employed and deny them the rights to which they are entitled.”

Shadow business minister Jack Dromey told the BBC: “Uber are going to have to fundamentally rethink how they operate in this country.”

Uber have announced they will appeal the ruling.

What’s Next for Holiday Pay?

Holiday pay is in the middle of a massive shake-up at present. The most high-profile holiday pay case. Lock vs. British Gas, has recently come to a close, with the appeal ruling in Mr. Lock’s favour. This means that a change in holiday pay legislation may be on its way, so in anticipation of this, ACAS now recommend that businesses pay their employees fairly, so that when the law changes, the effects aren’t too severe on your business.

If you’d like your business to fall in-line with the recommendations from ACAS, look no further than the IRIS Holiday Pay Module. It offers a flexible solution to configure holiday pay and pay it automatically, taking away the time and inconvenience of manual calculations.

Employees will be assessed from their previous 12-weeks’ total earnings. This means that commission, overtime bonuses and more will be included and your workforce will be paid fairly when taking time off. This means pay elements such as commission, overtime and bonuses can be included in the holiday pay calculation, helping to ensure your workforce is paid fairly when taking time off.

Simply click below to register your interest in the revolutionary IRIS Holiday Pay Module and get your free software demonstration to see it in action.