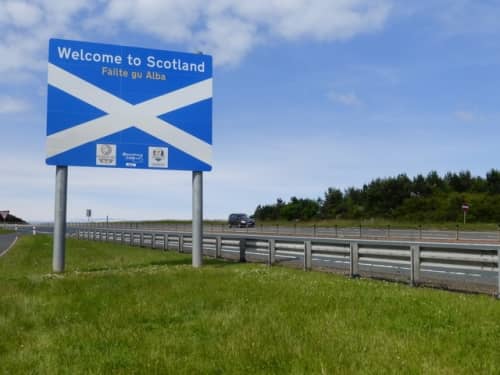 Do you have employees that live in Scotland? Here is some information you need to know about Scottish Tax Codes.

The Scottish rate of Income Tax was introduced in the Scotland Act 2012 to allow further powers to the Scottish Parliament. The new powers allow the Scottish government to affect the amount of income tax that is paid by Scottish taxpayers. The new rate of income tax will be adminstered by HMRC as part of the UK-wide income tax system and applied to non-savings income of those defined as Scottish Taxpayers.

This gives the Scottish government the power to set rates of income tax lower, higher or the same as the rates that apply in the rest of the UK. If they set a different rate, it will apply to all the main income tax rates.

HMRC will tell employers whom they should treat as a Scottish taxpayer by identifying them with a Scottish Tax Regime indicator i.e. tax code with a prefix letter ‘S’. Payroll will need to operate tax tables and perform a tax calculation appropriate to the SRIT set by the Scottish Government.

Under the current proposals, new starters will default to a UK tax code when no P45 is supplied. This is however, under review. The existing guidance states that there is no Scottish emergency tax code.

There is no Scottish equivalent of tax code NT therefore SNT is not a valid tax code.

When extending the tax code field to a maximum of 8 characters, 8 characters is only permitted if the first letter is ‘S’. All places where the tax code is entered/validated must check e.g. 1234567L is not permitted.

Changes will be made within all of IRIS Software in the April 2016 releases.

Keep up to date with changes to IRIS Payroll Software by subscribing to our newsletter.

Paper-based processes not only negatively impact the environment, but they are far more prone to human error and can easily be lost. Our Form Builder Module enables you to house documents securely online for quick access, providing the option to utilise bespoke or pre-built forms, including mental health and workplace engagement surveys.