What to expect from the final budget 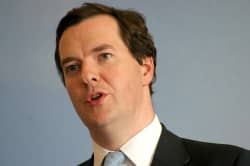 With the final instalment of the budget set to be announced tomorrow, 18th March, the rumour mill and speculation over what will be announced is in full flow.

With the recent plummet in oil prices, a slight uplift in the performance of the Eurozone and a fall in the cost of borrowing money, it would appear that the chancellor has more money to play with in his final budget announcement.

In terms of pensions, it is thought that the chancellor could announce to extend the pension reforms introduced last year (pension freedoms from 6th April will allow those aged 55 and over to access their pensions how they like, with the first 25% of any withdrawal tax free as a lump sum), to allow the six million previously excluded to sell their annuities or change their policy.

Previously, pensioners were required to buy an annuity which would guarantee them an income for the rest of their life. This sprouts fears that people who are given complete access to their pension pot may act irresponsibly and misjudge the amount of time that they would need income for, thus running out of money later in their lives.

When it comes to what the government will spend, the Financial Times reports that George Osborne will relax the £30bn spending cuts set out by the government as low inflation and a rise in tax receipts has given the treasury more financial breathing space than was first predicted. FT also report that economists believe cheaper oil prices have cut inflation, leading to a lower borrowing forecast of around £5bn per year.

Following the revelations of HSBC’s Swiss arm used for tax avoidance, tax is another area that we could see some changes. The proposed “Google Tax”, the name coined to refer to the crackdown on multinational companies transporting profits around the globe to avoid HM Revenue & Customs and avoid paying tax.

In addition to this, it is thought that the income tax threshold could increase to £10,600. Some reports suggest however that the chancellor has freed up an extra £2.7bn which would allow the threshold to be increased to £11,000.

Welfare is also another area that the government may announce changes. There could be up to £12bn in welfare cuts, including a cap on benefits. Child benefits could be restricted to three children with an overall cap £23,000 – a reduction from £26,000.

In addition to this, those under the age of 25 could lose the right to housing and unemployment benefits if they were to refuse work, education or training according to reports.

Finally however, it is also speculated that there will be a reduction on beer duty tax of around 1p-2p per pint due to the beer and pub sector being a continuing vital aspect of our country, contributing around a million jobs.

What is it that you are hoping for from this budget? Do you feel that the government is accommodating for your needs?

Tomorrow, we will be posting about the final budget of the coalition on the blog, so watch this space!

Rishi Sunak's Budget 2021: what do accountants need to know?

Chancellor Rishi Sunak has delivered his much anticipated 2021 Budget this afternoon, with numerous changes sparking the interest of accountants,…

COVID-19: £250m in loans and insolvency law changes to ease burden on businesses