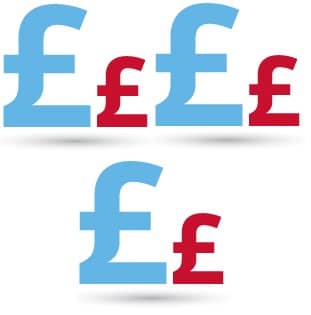 Working an extra five years beyond the state pension age could lead to an increase of up to 33% in your weekly pension income; a report by Friends Life has found.

In yesterday’s blog post, it was revealed that a report from the International Longevity Centre UK (ILC-UK) called for a new pension commission to be introduced following research that suggested current pension forecasts would fall short.

The report detailed that even after auto enrolment and the current success that has come from the workplace pension reforms; due to life expectancy constantly on the increase; as a society we still will not have saved enough for our retirement.

The recent report from Friends Life however, states that working an extra five years could lead to a 33% increase in the income from your pension pot, for the lowest of savers (on average). The report categorised people by their average pension totals and are as follows:

It was then found that if you were to work just an extra five years over the state pension age, the extra income would equal:

This rise in income is due to the fact that the new state pension increases by 5.8% for each year that it is deferred. The figures are calculated assuming that while you can defer access to your state pension, you also continue to work and contribute to it for the extra five years.

For those in the lower quartile, working just five years extra could increase their potential weekly earnings from an average of £156.90 to £208.80 – over the £200.88 suggested weekly living wage for those in retirement. This could suggest a solution to the ILC-UK’s report that as a society, we wouldn’t save enough for our retirement to maintain a good quality of life.

One of the main things that could prove difficult is that over the five years deferral, you will lose out on the pension payouts. So, unless the amount you earn (after tax) is more than the amount you will have received in pension pay outs this may leave some people short in the long run.

With more and more people being auto enrolled into pension schemes this year, it is important that people are saving the right amount for their pension in order to sustain a good quality of life. Auto enrolment was brought in to help with this and the current opt out rate is only 12% – deeming the new legislation as a massive success. However the dangers are that this figure may increase with the large numbers of people set to be auto enrolled over the next few years.

As an employer, it is your duty to stay up to date with this legislation as well as become a source of knowledge for your employees so that they can confidently ask you questions about a part of their future that will be very important to them.

With the minimum contribution of 8% being introduced by 2018 (3%/5% employer/employee split), employees will begin to wonder why more and more is being taken from their paycheck and it is your duty to inform them of the legislation and why it is beneficial to them.

IRIS have a number of resources that are available to you to educate yourselves and prepare for auto enrolment. The guides and training are good for any employer, whether they have met their staging date or not.

Find out 7 ways to streamline your auto enrolment process

A new dawn is rising on the audit and accounting sector, after the final death knell sounded for the Financial Reporting Council. A new, more…

A new report has stated that the current planned rises to the State Pension Age, first to age 66 by 2020 and then to 67…

After a recent sharp rise in life expectancy, state pension age reaching 70 by 2050 is now “inevitable”. Initially, the government introduced a formula that…