Adams Morey made the decision to use EARNIE payroll software, from IRIS Software Group, after careful consideration of its current software and in context with a significant T&A project due to be undertaken in 2013/14. This combined with a major change to legislation – the introduction of Real Time Information (RTI) had led to a review of the options available in the market place.

RTI is viewed as the biggest change to payroll since PAYE was introduced in 1944 and is mandatory for almost all UK employers from 6 April 2013. Adams Morey turned to Isys Systems, a Time and Attendance software provider, who suggested looking at EARNIE payroll software.

Adams Morey has been a major supplier of DAF trucks to businesses across the country since 1973 and has since grown to a company employing over 300 people, across multiple locations, with a turnover of £60 million.

Shaun Moody, IT Manager at Adams Morey commented: “With the prospect of RTI submission looming we were grateful to Isys Systems for recommending EARNIE software to us; from a company they had a long working relationship with (IRIS).  Intelligent Time (Time & Attendance software) from Isys systems is soon to be installed at our 10 dealerships and will fully integrate with EARNIE software.

This, and the fact that EARNIE software is RTI compliant, running on a SQL platform, will give us the opportunity to develop a more integrated solution for our business.”

IRIS, who supply EARNIE payroll software, have over 30 years’ experience providing payroll software and solutions to over 30,000 small to medium companies across the UK. IRIS has been participating in HMRC’s pilot scheme for RTI since it began and has used the knowledge gained from this to develop a complete RTI solution, to ensure no business is left behind when the new legislation is implemented. 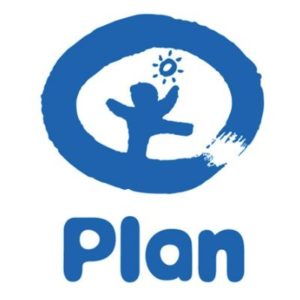 Plan UK
IRIS Financials,
Background Plan UK, generating over £50 million a year through 114,000 individual and corporate sponsors, is one of the largest international…

Self Help Africa
IRIS Financials,
Background Self Help Africa was formed in 2008, following the merger of two agencies each with a 25 year track…
Share this article
Thank you! The information has been submitted successfully.
We use cookies to offer you a better experience, analyse site traffic, and serve targeted advertisements.
By continuing to use this website, you consent to the use of cookies in accordance with our Cookie Policy.
Accept