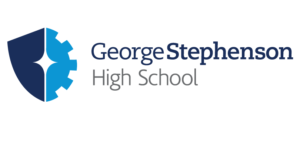 With 1298 students, George Stephenson High School has been using ParentMail to communicate with parents since 2012, but recently came up with a creative way to get all their parents registered and paying online!

The school set up a competition where all parents who registered by the end of September 2017 would be entered into a prize draw to win £100 school uniform vouchers.  Senior Administrator Lisa Marley told us, “The idea came from our Business Manager and so we thought we’d give it a go to see if it could help improve our parent uptake. We were surprised by just how many parents of the older students got involved (I suppose the element of competition helped!) and just how many parents were keen to win some uniform vouchers! As a result we now have over 90% of our parents registered on ParentMail.”

Now also using Online Payments to collect payments for school trips, revision guides etc. the admin team within the school office have noticed considerable benefits, as previously collecting payments by cash and cheque for 1298 students was an extremely time consuming task. With almost all of their parents now using the system, it’s made managing payments easier than ever.

It’s also allowed the school to keep better track of who has paid for what and when – Lisa told us, “Previously we would have students turn up for trips, who would tell us they had already paid but we had no record of it, so keeping track of this when the payment was manual was quite difficult! Now it’s all recorded on ParentMail we can very easily see who has paid simply by looking at the account!”

One thing the school has noticed over the years is the improvements made to the ParentMail technology and the support available from the ParentMail Team. Lisa told us, “With so many students you might expect a few teething problems, but we have really noticed the improvements the ParentMail team have made both to the registration process for parents and to the functionality available for us school side – it’s great when you give feedback and then see that you’re being listened to! The system is clearly designed with schools and parents in mind!”

“I also have to say that the Support Team at ParentMail are fantastic – when I first took on the role of looking after ParentMail I would use Live Chat quite regularly and the team have always been so helpful and responsive. It really helped me feel comfortable using the system knowing I had the team there if I needed them for anything!”

Now communicating with their parents regularly and collecting online payments with ease, George Stephenson High School would highly recommend ParentMail to any Secondary School looking to simplify how they engage with parents – and they’re even happy to share their secret for driving parent registration!

Want to know more about ParentMail and how it could work for your school? Get in touch today on 01733 595959 or email us at enquire@parentmail.co.uk