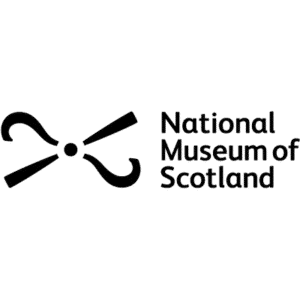 National Museum Scotland (NMS) was formed in 1985 by the amalgamation of the National Museum of Antiquities of Scotland and the Royal Scottish Museum, since then, the NMS has grown into one of the UK’s leading museums and has one of the largest multi-disciplinary collections in the UK.

Between 2012 and 2013, National Museums Scotland recorded over 2.5 million visitors across their four sites:

Alongside NMS’s catalogue of collections within these museums, the organisation also holds regular international exhibitions and extends its services into research, training and school programs.

In this case study, Paul Ford – Financial Systems Manager at NMS, discusses the reasons, processes and support throughout the implementation of IRIS Financials and how NMS have benefited since going live with the new system.

Need for a new system

NMS had an ageing implementation of SunSystems dating back to 2003. In 2009, NMS decided that they should review their Financial Management System; the choice was either to upgrade to the latest version of SunSystems (V5) or look at a new solution. An upgrade to SunSystems was looked into and it became apparent that their system upgrade did not provide any significant functional improvements to justify the time, effort and costs involved.

Paul Ford comments “We wanted to change our Financial Management System to a more modern, flexible, broader and functional system. Our supplier at the time wanted to push us onto a third party purchase ordering add on, which meant additional licence fees and another provider to deal with. We were presented the latest version of SunSystems which offered no great functional enhancements and the overall costs appeared increasingly expensive compared to equivalent Finance Systems available on the market, so we decided to have a look at other solutions.”

An extensive review was conducted to find a replacement Financial Management Software for NMS, Paul was tasked with drawing up a shortlist of potential system providers to invite in for a presentation. Paul based his search on finding systems used by organisations in the same sector that had similar requirements to NMS.

Commitment accounting, varying recovery of VAT, purchasing, ease of use and analysis, were amongst some of the main requirements to be present in any new system in order for it to be considered.

Three systems made the shortlist; Infor SunSystems V5, which was used at The Royal Botanic Gardens in Edinburgh, Dynamics GP used at the National Libraries of Scotland, and IRIS Financials used by National Museum Wales, the Imperial War Museums, National Portrait Gallery and the National Maritime Museums amongst others.

After presentations by all the vendors, NMS chose IRIS as their new Financial Management System. “We chose IRIS as it was the best fit for NMS, it was the best value solution and had the lowest cost of ownership out of the three systems. Following our user consultation, IRIS was ranked first by our users based on functionality and ease of use”. Paul went on to mention “We proceeded for these reasons and because IRIS were seen as a more proactive, innovative and customer focused organisation”.

A go-live date was set for 1st April 2012 by the management team at NMS, the implementation of IRIS Financials and integrations to other key systems was a success and the project was completed on time and on budget. IRIS also converted data from NMS’s previous SunSystems. Paul went on to say about the data conversion in particular, “we were able to migrate data going back to 2003, after we downloaded and cleansed it, IRIS were able to map it into the new format and upload it via their Data Transformation Toolkit in period instalments so we could reconcile and test it as we went, the process was surprisingly easy”.

The rollout was a huge success, users of the system submitted very positive feedback regarding the product and the support provided by IRIS, “Despite a couple of minor setbacks, overall IRIS has been positively received by NMS users within and external to our Finance Department” commented Paul. The future will see NMS expand on their IRIS solution and utilise its full capabilities to further improve and streamline their processes and add real value to the Finance Department.

After the implementation of IRIS, Paul conducted a survey to see how IRIS has benefited the users. The conclusion of the survey resulted in the identification of the following benefits:

– Removal of costly third party modules and external system support
– The core finance system is more flexible towards NMS’s financial and reporting needs
– More Windows based and intuitive to use – the UDI (User Defined Inputs) custom inputs
– Search functions within the core Finance Systems are superior allowing data to be analysed more effectively, Grid and Pivot Inquiry in particular is a really powerful tool
– Accounting documents can be attached and emailed efficiently from within the IRIS Financials systems via the Document Emailer (POs, PIs, SI, statements and remittances)
– IRIS Web Portal utilised by non-finance users is easier to use than previous third party add-on
– Procurement documents can be attached to purchase orders sent by e-mail to approvers based on in built approval rules and workflow to facilitate better procurement procedures
– Easier real-time reporting for non-finance staff
– Monthly management reports are scheduled and auto-emailed to stakeholders at NMS

We asked Paul Ford if he would recommend IRIS Financials, to which he replied “yes, since implementing IRIS, not only have we seen the streamlining of key processes, we have also seen real savings in the running costs in the Finance Department. The system has been well received by the users, both financial and non-financial staff have found the system to be more friendly, functional and flexible compared to SunSystems”.

If you’d like to see how IRIS Financials can help your venue or organisation, contact us today.