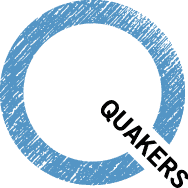 Quakers, also known as the Religious Society of Friends, was formed in England during the 17th century. Quakerism encourages the sharing of spiritual values, beliefs and religious experiences through regular Quaker meetings, these open-to-all meetings are held all over the world and attract visitors of all ages, faiths and ethnicities. In the UK alone, Quakers have approximately 20,000 members.

The UK headquarters for Quakers is based at Friends House near Euston, London from where they are responsible for supporting meeting houses all over the U.K as well as being home to several other business activities, such as; a library holding a comprehensive catalogue of material on Quakerism, an onsite café and a highly popular hospitality and venue hire service.

This case study gives an insight into the Quaker’s implementation of the IRIS Financials Financial Management System (FMS) and the benefits they get from the system, in their own words.

Prior to the implementation of IRIS Financials, Quakers were a longstanding user of Infor SunSystems Version 4. Adi Bilimoria, Management Accountant at Quakers explains the reasons why they decided to look for a new system and provider, “SunSystems was implemented a long time ago, way before I started with the organisation in 2000. The drive to change systems really came about because of two factors; firstly we needed to get more and better information from the system, we also needed something that would integrate with autonomous software used by the different arms of our business. Secondly, we were given notice that SunSystems Version 4 would stop being supported on our infrastructure, therefore we had to consider other options”

Once the decision was made to review the FMS, the next decision to be made was what products and solutions should be reviewed. To keep the process objective and recognising the investment already in SunSystems, Quakers also considered upgrading to the then latest version of SunSystems, Version 5 as well as considering totally new systems. Adi comments, “we built a very strong shortlist of products and invited each company to Friends House to deliver an introductory presentation, we then reviewed each presentation at a management meeting before narrowing our search down to three vendors, one of which was IRIS. We decided not to pursue the SunSystems Version 5 upgrade because after seeing it we didn’t feel it offered us much more than we already had, other than a new look”.

The three short-listed providers were then invited in for another presentation, this time with the management team from Quakers in attendance, IRIS delivered an impressive presentation which was positively received by the team, and as a result, IRIS advanced to the final stage of the selection process along with Open Accounts.

As part of the final stage of the process, Adi and the management team at Quakers contacted referees from both providers who had similar system requirements and made site visits. “We visited Save the Children to gain an understanding of how IRIS helped them, the feedback was very positive and this helped us to make a well informed final decision” said Adi.

After carrying out a stringent selection process, the decision was made to implement IRIS Financials, Adi comments, “we were looking for a flexible, efficient and user-friendly system that could seamlessly integrate with other software we have here at Quakers. In that sense, IRIS was the perfect solution, easy to use by those who are IT averse; the system is provided in a user defined friendly format which requires users to merely key in the data and not think about things like double entry. With SunSystems, you had to be bit more of an accountant when using the system and know your debits and credits, not all our users are accountants”.

Another reason for choosing IRIS as Quakers new FMS was its ability to effortlessly integrate with the other systems used by them, IRIS Financials is linked to four different systems.

Quaker’s Financial Controller was instrumental in linking IRIS to other software and he now plays a key role in overseeing all systems implemented at Quakers. He said, “My role is to make sure that the output of IRIS is completely accurate, however that is dependent on the quality of data input to the system both directly and from interfaces from the other systems. I found the integration process was quite simple once I’d had the training on the IRIS Data Transformation Tool (DTT), DTT is somewhat similar to other Microsoft import/export tools therefore anyone with an intermediate level of skill can work with it”.

Quakers have found the power of IRIS particularly impressive, with the system handling large volumes of data which come across from the feeder systems. Users can view data starting off at a very high level and drill right down to the detail as they wish; they can even see images of invoices and other documents, something which just wasn’t possible with SunSystems. “High volumes of data go through our IRIS system on a periodic basis, we have processes in place which automate journal entries into IRIS, entries such as; till transactions, event and room bookings, stock information and membership revenue. This is seamlessly imported into IRIS via the DTT every four hours which means we can have near real-time analysis and reporting”, said Quaker’s Financial Controller. When asked what he will be doing next with the system, he went on to say, “at the moment we don’t use the IRIS workflow capabilities, but it is something we are keen to utilise in the near future, to authorise various types of transactions, it is another powerful feature we wanted”.

We asked Adi and his colleague about their experience of IRIS Financials the product and Company. Adi went on to say “It is clear we have a very powerful and flexible system, I think we are probably not using all of its capabilities, but that is more about our time and not the system. The consultant who set it up for us at the time, was excellent, very knowledgeable and very helpful, he is now your Technical Director and what’s great is he still helps if ever it’s needed”. Quaker’s Financial Controller followed up by saying, “with little training the system is manageable by the most inexpert person. The tools which can accompany IRIS, such as the DTT can easily be controlled to allow effective data management; otherwise difficult with other systems.”

Finally we asked Adi, if he would recommend IRIS Financials to other users who might be considering changing systems, he said, “I would say yes, there have to be good reasons to change a system, we had SunSystems for a very long time and it served us well during that time and upgrading it really didn’t really give us much more. We have now been IRIS users for several years, we like the software, we like what it does for our business and we like the people at IRIS, so yes I would certainly recommend it”.