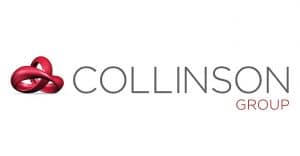 The Collinson Group was founded over 30 years ago and has since utilised its unique intellectual property to establish a place in a number of different industries including; international travel services, marketing, insurance and research and development.

With 500 employees split across multiple sites, The Collinson Group had 15-16 separate PAYE entities which were administered by several different external payroll bureaus. Mark Smith, payroll and benefits manager was tasked with putting together a proposal to improve the flawed system.

“Having a range of different external bureaus handling the company payrolls was a bit of a nightmare,” says Smith. “There was a substantial administrative and financial burden caused by outsourcing our payroll. The quality of service was poor and we were spending so much time preparing the data so the bureaus wouldn’t get it wrong, we might as well have been doing it ourselves.”

Eventually the decision was made that the best solution was to consolidate all of the separate PAYE entities and bring them in-house. Smith found that choosing EARNIE IQ was easy, since he had used EARNIE software before, as had one of the group’s financial directors.

Smith says; “I had previously used EARNIE payroll in a retailer with 120 sites so knew it could handle our multi-site environment. I knew it would provide a cost effective solution to our problems, especially compared to some of the alternatives.”

Smith adds; “Due to there being a lot of data being collated from multiple sources, which was often in different formats, we needed a flexible transition and our EARNIE consultant was able to adapt to these needs”.

One of the main benefits found through bringing their payroll in-house is the amount of time it has saved. Day to day employee requests such as reproducing payslips are now just a click away, rather than having to wait for an external bureau to respond.

Smith has been making the most of the reporting capabilities included in EARNIE IQ, providing detailed records to each division’s individual finance function.
“With EARNIE we’ve been able to reduce the day to day admin of our payroll department by half. The speed of processing and range of reports has allowed us to be more proactive with our MI (Management Information) data and provide useful information to our HR team such as hours worked and absences.”

Smith is also looking to gain assistance when preparing for the transition to Real Time Information (RTI) by booking on to a training seminar. RTI is widely regarded as the biggest change to payroll since PAYE was introduced in 1944 and will affect over 1.4 million businesses from April 2013. Under the new legislation employers will be required to submit records to HMRC each time they run a payroll, instead of just annually at year-end.

IRIS Software Group, who provides EARNIE payroll software, has been offering RTI training seminars since last year and has already enrolled over 11,500 payroll professionals on these.

Smith concluded; “For a company looking for a solution to its payroll problems, I would recommend EARNIE without hesitation. The solutions’ cost, ease-of-use and outstanding support all made the decision to implement it incredibly easy to make. Since bringing our payroll in-house it feels like we are finally in charge of our own destiny.”