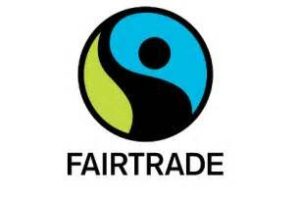 The Fairtrade Foundation is the independent non-profit organisation that licenses use of the FAIRTRADE Mark on products in the UK in accordance with internationally agreed Fairtrade standards.

The Foundation’s mission is to work with businesses, community groups and individuals to improve the trading position of producer organisations in the South and to deliver sustainable livelihoods for farmers, workers and their communities by: being a passionate and ambitious development organisation committed to tackling poverty and injustice through trade; using certification and product labelling, through the FAIRTRADE Mark, as a tool for their development goals; bringing together producers and consumers in a citizens’ movement for change; being recognised as the UK’s leading authority on Fairtrade.

The Foundation experienced unprecedented growth, due to the increased use of the Fairtrade mark, with the principal component of its income growing by 33% to £6.2 million by the end of 2008.

During this period of rapid growth, the Foundation’s systems had not developed at the same rate and were unable to deliver the functionality now required by the organisation. Holly Kreider, Head of Finance, tells us about two of the problems they faced: “There were two major problems, as far as I was concerned. The system could not support multiple currencies, so we could not input invoices received or raised in other currencies. Therefore, we could never get a complete picture of our assets or liabilities, much less have any idea what our exposure to currency gains and losses were.”

“The second major problem was the system’s inability to manage restricted funds, of which we had twelve at the time. This meant that grant managed funds worth £5 million were managed in spreadsheets.”

“My recollection is that there were only two systems that we felt had the necessary flexibility. Both were being sold by the companies that developed the software rather than resellers of standard systems. The ability to customise was important to us. Of the two remaining suppliers, IRIS Financials was the larger organisation and had more facilities beyond the basic accounting system.”

The decision to proceed with IRIS Financials was confirmed, and the implementation process began soon after. “The transition went really well. The IRIS Financials consultant was absolutely fantastic. He explained the work involved during the implementation process clearly and effectively, whilst ensuring we were aware of the tasks required by our staff. This meant we were always in control.”

“The communication was excellent and there were many occasions where he ensured we made best use of the facilities available in the system. By thinking outside the box, the IRIS Financials consultant was able to suggest solutions that we did not know were possible. His understanding of the system was extremely impressive.”

“Straight away we saw the benefits. We were able to access reports immediately, break down figures by category, and drill down to relevant transactions. Our auditors regularly give us a long list of enquiries – with IRIS Financials it takes us a second to find the solution. Having access to accurate financial data in real-time, multi-currency reporting has been a key benefit for Fairtrade. The IRIS Financials system has also been used to report on multiple years and periods, which was not possible with the old Sage system. “IRIS Financials has allowed us to do complex reporting directly from the system that we could not even dream about before.”

“We are now able to produce Board and Trustee reports far quicker and easier. In addition, they only received estimates beforehand, but thanks to IRIS Financials the information is now accurate, detailed and reliable.”

“We have set up our own standard reports too, which are generated with the click of a button.”

“Another aspect of IRIS Financials is that it exports and imports data very easily. For example, we export BACS information direct to the bank and have found the ability to import electronic bank statements very useful.”

“We also import data from other systems, for example, from our CRM system, which manages transactions on our web e-shop.”

“The ability to hold unlimited budgets in the system has proved very valuable. We provide management reports to the budget holders and at least once a year we update the forecast so that we can compare actuals against both the original and updated budgets.”

“At the end of each quarter inevitably there are things that pop up, such as new restricted income. There is always some form of change and it is good that we can accommodate this.”

“I particularly like the way the IRIS Financials data is held in SQL, which then means we can link other systems to it, for example, from reporting to budget holders and exports from our CRM system. We are currently exploring a 3rd party system and am confident it will work with IRIS Financials. I am also quite pleased with the flexibility of the single, integrated Chart of Accounts and the coding structure, which means when structural changes are made in the organisation, I can match those changes in IRIS Financials.”

“With their updates and upgrades being provided free of charge, we are looking forward to the next IRIS Financials system update as there will no doubt be new features that we will find useful.”