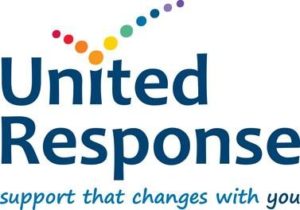 United Response is a charity that supports people with learning disabilities, mental health needs and physical disabilities to live in the community. It runs over 300 services and care homes across England and Wales. In 2008, the organisation replaced its existing accounting system with IRIS Financials, which it has found to be both more flexible and more efficient.

In need of a new system

United Response had previously used Sun 4.2.6 and considered its successor Sun 5 but this would still have required significant software development to meet their needs. Instead they chose IRIS Financials, which was less expensive and more flexible in meeting United Response’s changing needs. In his experience, Mike Pattison (UR’s Consultant) says that most accounting packages are built upon the same accounting concepts but he says, “IRIS Financials have gone a stage further and made the processes easier and more flexible and on balance, they’ve done a great job.”

There are around 20 financial users of IRIS Financials and United Response is looking to extend its use to non-financial users as well. Users have found that IRIS Financials does “most things more easily” than the previous Sun system. In particular, navigation is a lot easier as it takes just a few clicks to drill around the data and a simple right click to produce a report. The organisation has extended IRIS Financials use by storing non-financial data – for example, information about the people they support – and this will assist non-finance users who have been easily able to understand how the system works.

“IRIS Financials are not only responsive but proactive in coming up with ideas on how we can improve things.”

Getting billing right was essential as the organisation produces over 5,000 invoices per month with varied and sometimes complex requirements from their funders – if this was done manually, United Response would need to employ at least two more people. Recurring billing was possible under the previous system but it was complicated and difficult to maintain. IRIS Financials has proved to be much quicker and less prone to user mistakes. The visible proof of this is that over the last four months credit control queries have been reduced significantly. Further productivity gains have been made as the software allows credit control comments and any other data to be attached to accounts so that any authorised user can instantly access them on screen.

Devolving control to the regions

IRIS Financials has supported the organisation’s move to devolve more control to its regional offices and make further efficiencies. IRIS Financials will enable United Response to allocate some processes and responsibilities such as invoicing to regional divisional officers.

Since installation IRIS Financials has listened and responded to United Response’s needs. For example, due to changes in how their clients pay, United Response have had a greater demand for billing in arrears and IRIS Financials have adapted the software to help them deal with this. Other changes have included the development of an uplift mechanism that helps the organisation to cope with annual changes to government benefits, which do not all increase on a flat percentage basis.

United Response produces detailed reports for each of its 300 services, which are emailed out each month. As part of the overall implementation package, United Response is using Vision, which they had experience of with their previous system. This meant that staff didn’t need any further training to use it. Many of the reporting features have proved to be particularly useful – for example, credit controllers and regional managers in particular have benefited from the ability to drill down to a specific invoice and, if necessary, to email it out with the minimum of effort.