FASB vs. IASB – How IFRS 16 and US GAAP Lease Accounting Standards Differ

Lease accounting is changing on a global basis. Although virtually all operating leases are being brought onto company balance sheets around the world, there is one stand out difference between the IASB’s and the FASB’s final lease accounting standards.

Unlike their International counterparts, FASB is maintaining the differentiation in accounting for operating and finance leases. Although the FASB lease accounting will recognise an asset and liability arising from an operating lease on balance sheet, the way this is accounted for will be based on the classification of the lease. This means that entities will still need to determine what types of leases they have within their portfolio and account for them accordingly.

Under IFRS 16, the classification of operating leases vs. finance lease will not be necessary as all leases will recognise the right of use asset and lease liability on a straight line basis. Under this standard, operating leases will effectively no longer exist as lessees are required to categorise whether their contracts contain a lease or a service agreement.

It is vital that companies are not only aware of how many active leases within their portfolio will be affected, but also how many are operating leases and what affect this will have on their company’s fiscal reports.

"The number and complexity of leases from one company to the next are going to vary."
Shane Foley, PwC’s advanced risk and compliance team partner

Another notable difference between the two standards is their respective treatment of small ticket assets such as IT equipment and office furniture. IFRS 16 includes detailed guidance to what constitutes a small ticket lease as they do not need to be recognised on balance sheet under the new standard.

Under the new IFRS 16 Leases accounting standard, small ticket asset leases that do not need to be reported on balance sheet are defines as those that are:

FASB have rejected the idea to exclude small ticket items from the balance sheet, as the FASB standard already contains existing accounting rules that permit the exclusion on the basis of significance to the user, providing an additional relief to the expected costs of transition.

Other minor differences include the implementation dates, rules for early adoption and modified approaches to retrospective reporting:

IFRS 16 will be implemented for all IFRS users for annual financial periods from January 1st 2019.

Both boards have allowed entities to adopt the new accounting standards early if they wish. However, the IFRS has stipulated that entities must also applying IFRS 15, Revenue from contracts with customers. FASB has no stipulations attached to early adoption.

During the transition, lessees will need to apply special measures to accurately report leases that are active during the switch from IAS 17/FAS 13 to the new IFRS 16/FASB Topic 842 respectively. Both boards have produced modified retrospective approaches and guidance for these leases, however, both differ from each other as FASB retains the differentiation between finance leases and operating leases. The IASB have allowed for businesses to conduct a fully retrospective approach, whereas FASB have denied this.

For more information on the retrospective approaches required for the transition to new lease accounting, follow this link.

Critics are disappointed at the lack of convergence between the two boards, particularly as this was supposed to be a joint project, with one of the stated aims to produce one consistent standard across IFRS and US GAAP. The boards have highlighted that although they have not fully converged on every aspect of the new lease accounting standards, they are both 100% converged on tackling the main issue of current lease accounting; i.e. operating leases will recognise an asset and a liability arising on a company’s balance sheet.

Innervision’s lease management and accounting software is designed to allow companies to centralise, analyse and report on all of their lease data through one unified repository. Having access to accurate, full and detailed information on active, new and historic leases is vital for an effective switch to the new lease accounting standards.

"The key will be understanding where you’ve got to get to and then working backwards and understanding the gaps you have today."
Shane Foley, PwC’s advanced risk and compliance team partner

For more information on how lease accounting will impact your company’s financial statements and leasing operations, contact our leasing experts. Innervision has developed the most cost effective solution to achieve full compliance, run the required reports and provide long term savings, control and visibility for on all of your lease agreements.

With the deadlines approaching, preparation time is fast running out. It is vital your business and executives are fully aware of the new lease accounting standards IFRS 16 and FASB Topic 842. 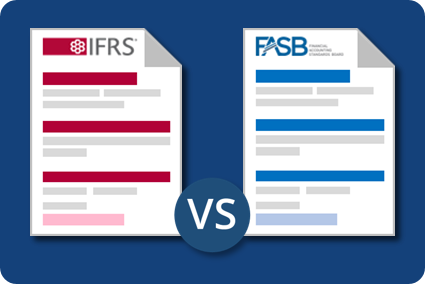 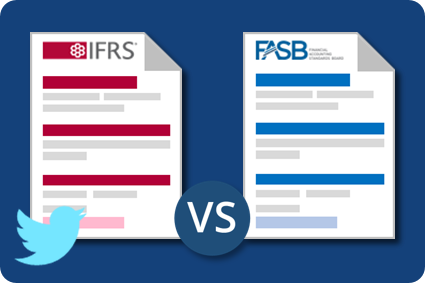