As IFRS users wave goodbye to operating leases, a new categorisation for lease accounting fills the gap to determine how leases will be accounted for on balance sheets.

On 13th January 2016, the IASB published the finalised lease accounting standard, IFRS 16, which includes a new definition of a lease:

A lease exists when a customer controls the right to use an identified item, which is when the customer:

This highlights a shift in the categorisation of lease agreements as the focus moves from “what type of lease is this agreement?” to “is this a lease or not?”

The distinction is very important as it is expected that some contracts that are currently considered leases will now be recognised as service agreements under IFRS 16 and vice versa. Contracts that are considered leases will be capitalised on balance sheet, recognising the amortisation of the ROU asset and the lease liability separately. This will require businesses to review all their property and equipment asset contracts to determine whether they contain a lease element under the new accounting rules.

With an estimated 85% of leases currently not included on balance sheet and $2.8 trillion worth of lease commitments coming onto balance sheet globally, organisations need to collect a firm understanding of their contracts to highlight how they will be impacted by IFRS 16 and how this, in turn, impacts their financial statements and metrics.

The boards have provided guidance and relief for lessees, meaning that they do not need to review current active leases to see whether they contain a lease or service element. From the effective date onwards, entities will need to have a clear idea of what their agreements will be categorised and accounted as.

This may be a new cause of contention among investors and auditors as contracts containing service agreements will not be represented on the balance sheet, providing the same potential fore misrepresentation as currently stands as businesses may structure agreements accordingly. This was one of the leading reasons for the reform in lease accounting as the lack of operating leases on balance sheets did not reflect true economic reality as businesses could have thousands worth of assets that simply did not show as liabilities. Although unlikely, there is a chance this new categorisation may lead to similar economic inconsistencies between reports and reality.

In order to combat this, the IASB have provided detailed guidelines, examples and definitions to provide a clear idea of what constitutes a lease component and what would be considered a service element. 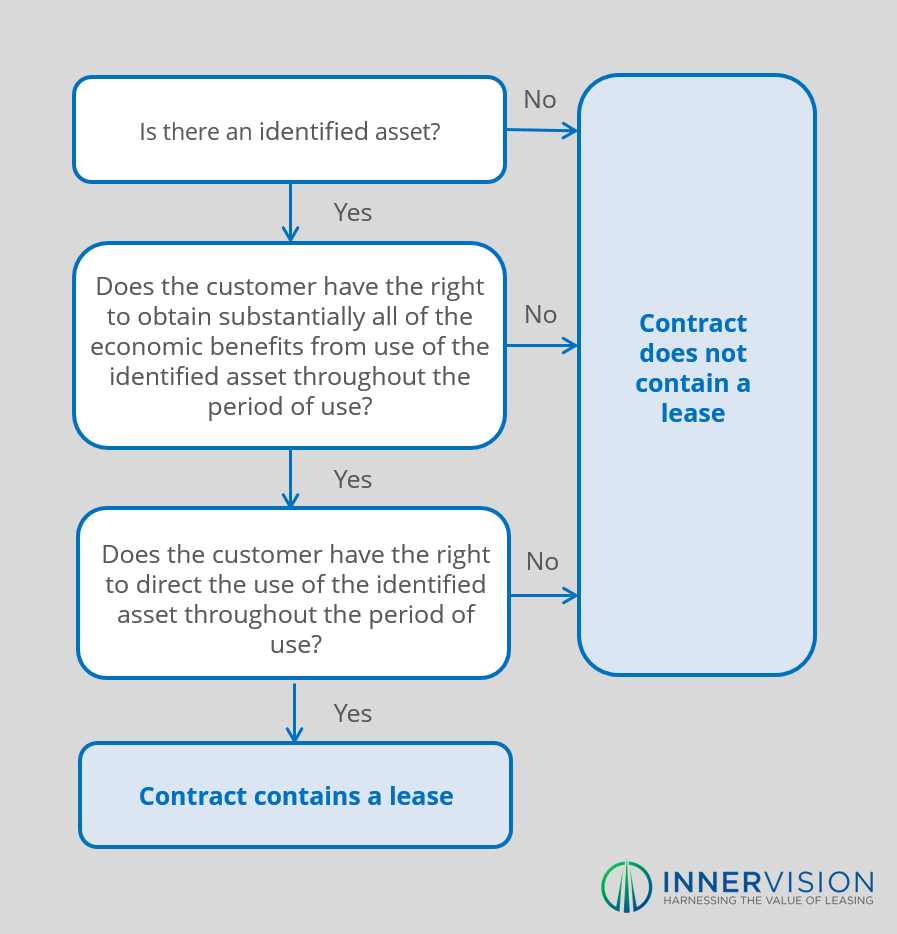 One observation made about this new definition is that IFRS 16 gives no definition of “services”, however, as a Deloitte spokesperson has highlighted, this should not cause notable confusion:

“[…]the Basis for Conclusions provides some considerations made by the IASB to distinguish leases from services. For example, it indicates that leases create rights and obligations that are different from those that arise from service contracts. This is because the lessee obtains and controls the right-of-use asset at the time that the underlying asset is made available for use by the lessee, on the other hand, in a service contract, the customer does not obtain an asset that it controls at commencement of the contract.”

Contracts containing both lease and service elements may either be split using available financial information and estimates or the entire contract, including service may be added to balance sheet, again making it difficult to separate leases from the balance sheet.

As this has the potential to transform some lessee’s balance sheet liabilities, this is a project that will require time and dedication to ensure that leases are optimised and accounted for accurately.

To help entities determine whether a contract is, or contains, a lease, our leasing experts have put together the above summary flowchart and following examples, based on the offical IFRS standards, to help you determine whether your contract does in fact contain a lease element or not:

If you require any additional information on the new standards, you can download the below eBook – IFRS 16 at a Glance