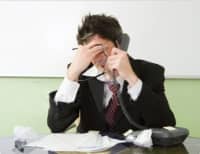 As auto enrolment passes the one year anniversary of its launch, new research shows that shockingly, 90% of small businesses have not started preparing for the change, despite the fact their staging date may be within the next 12 months.

The research, conducted by Clifton Wealth during October 2013, highlighted a major lack of understanding and preparation for auto enrolment among small and medium businesses. The study found that half of the businesses owners surveyed admitted to not fully understanding what auto enrolment is, with over 80% having no idea of the “ball-park” cost of auto enrolment for their company.

The fact that 90% of respondents had yet to start preparing their business for auto enrolment is the most worrying result however. With The Pensions Regulator advising a minimum of 12-18 months to prepare, and various pension providers and advisers warning of a capacity crunch, smaller businesses will face major struggles if they leave preparation till the last minute.

The report went on to identify a misconception and two areas of auto enrolment which could cause problems for small business owners if they refuse to take them seriously.

1. Your staff are likely to opt-out – This is very unlikely as latest government figures found that fewer than 10 per cent of employees have chosen to remove themselves from their company scheme, which could lead to a nasty surprise for those UK small business owners banking on a significant opt-out rate.

2. Don’t leave it too late – Owners with less than 50 employees believe there is still plenty of time to sort out auto-enrolment before the staging deadline of April 2015 and beyond, but many auto-enrolment specialists have already reported a ‘log-jam’ as business owners seek specialist financial advisors, payroll providers and software suppliers.

3. Compliance is key – Auto-enrolment is not just about pensions but also about compliance and TPR is already taking its role extremely seriously. Since October 2012, TPR has launched 89 enquiries on firms that are large employers, with presumably greater in-house resources at their disposal than small businesses.

If you still haven’t started preparing for auto enrolment, why not take the first step and download our free introductory guide? This free guide explains what auto enrolment is, why it is being introduced and the steps you need to take to ensure your business is prepared.