7 things you should know about the recent holiday pay ruling 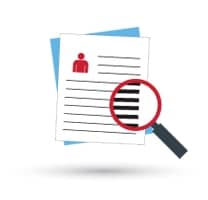 As reported by The Guardian, Waitrose and John Lewis have recently announced that they will pay out a £22m extra bonus in unpaid holiday pay and expect that the new ruling will cost them around £12m extra per year. In light of this recent announcement, IRIS thought it would be best to take another look at the Employment Appeal Tribunal (EAT) that occurred back in November 2014 to help clear up a few things that probably seem extremely confusing. Here are 7 things you should know about the ruling and how it may affect you.

1) It all began from an employment tribunal

Initially there were three separate cases brought to the Employment Appeal Tribunal by employers Bear Scotland; a road maintenance company, Industrial services company Hertel and another company working on the same building site; Amec after courts initially ruled that they had made unauthorised deductions from employees’ wages, by not taking into account their overtime when calculating holiday pay.

After this ruling was made, it set the precedent that all workers were entitled to take overtime into account when receiving holiday pay. A further case, Lock V British Gas Trading Ltd found that commission should also be taken into account.

2) Employees see this as justice

In the UK there are around 30.8 million people currently in employment. Of this figure, around 5 million people undertake paid overtime. For these 5 million people and any future prospective overtime employees, this new legislative change could spell a massive victory as this means that what is counted as “normal working hours” will increase once overtime is taken into account. Subsequently, employees will then see a rise in their holiday pay. Unfortunately, a part of the backlash may be that employers would then be more reluctant to offer overtime to workers which would then see employees’ average earnings decrease.

3) Employers see this as a threat

Initially there were large fears from the employers that workers would be able to backdate claims on owed holiday pay to the start of the Working Time Regulations in 1998. As you can imagine, this would have cost businesses as a whole hundreds of millions of pounds. For most SMEs, a bill of this amount (especially those companies that rely on paying their employees overtime) would have no doubt crippled, if not bankrupted them. This also leaves businesses wondering how to calculate holiday pay.

How do you feel that this may affect you and your business?

4) Employers are currently holding back on holiday pay entitlement

The ruling is now under review again purely because of the amount of ambiguity amongst a lot of the terms currently involved within the initial regulations. What this means now is that businesses are holding back on paying out for holiday pay that is based on overtime and commission. Unfortunately for businesses, though, is the fact that the restriction on backdating holiday pay claims is also being reviewed. Currently, the government have changed the Employment Rights Act 1996 to reflect that only a maximum period of 2 years can be taken into account when backdating a payment claim. This will come into effect on 1st July 2015.

5) Voluntary overtime inclusion was not considered

One of the main disputes was whether voluntary overtime had been considered in the new ruling. One of the things that is being taken into consideration is the idea that an employee could effectively log a large number of overtime hours in the weeks before their holiday (due to the holiday pay being calculated on an average of the 12 weeks prior to the leave taking place) in order to gain a disproportionate amount of holiday pay to what would usually be their “average wage”. Only guaranteed and normal non-guaranteed overtime should be considered when calculating holiday pay (ACAS).

6) IRIS have a track record for staying compliant

At IRIS we make sure that IRIS payroll software stays compliant and functional for our clients. When it came to the legislative rulings in terms of Real Time Information (RTI) and auto enrolment, IRIS prepared early to ensure that we could provide compliant software. We are currently monitoring the situation with the holiday pay ruling and if anything were to change that would affect your payroll processes, the software would be updated to be compliant accordingly.

7) What does this mean for now?

Why not take a look at the IRIS AE Suite™ and book a free demo to see how it could save your business time and money.