How will the national living wage affect small business? 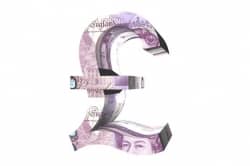 Following the announcement from the Chancellor yesterday, the new “National Living Wage” that will come into effect in April 2015 has some businesses worried.

The rise from the current £6.50 per hour minimum wage to £7.20 National Living Wage by April 2015, and an increase to a minimum of £9.00 per hour by 2020 has businesses wondering where they are going to get this extra cash from.

The further cuts to welfare mean that the pressure to seek work and earn money will increase among unemployed. However, due to the increased amount of money that businesses will have to pay those over 25, they are more likely to be selective over the jobs that they create.

The thought then is that businesses may turn to hiring people under the age of 25 (the age that the National Living Wage affects from). This could then lead to a refreshed bias on age where businesses would be more likely to hire a 21-24 year old over a 25 year old because it will cost the business much less. However, could this be good news for new graduates?

Graduates and tuition fees were another topic that arose in the budget. The Chancellor announced that as of the 2016/2017 academic year, means-tested maintenance grants will be scrapped and replaced with loans. This means that those potential students at lower earning households may be put off attending university due to the increased tuition fees and debt that they could find themselves in come graduation.

The Chancellor explained that these new loans wouldn’t need to be repaid until the graduate was then earning £21,000 per year. Mr Osbourne also explained that tuition fees may rise in the future in line with inflation.

So the worry is that businesses may be facing a future of diminishing talent due to increased university fees and a more expensive workforce to employ which could lead to slower growth and less opportunities for unemployed people.

Join the discussion on LinkedIn

Brexit on ice: What do businesses need to know?

Published 10am 29 October 2019 So, after further twists and turns, Brexit is on ice again. With the EU accepting the UK’s request of an…

Brexit: IRIS is ready, whatever happens next

Brexit is on hold again after the EU accepted the UK request for an extension to 31 January 2020. The intended 31 October exit date…

Brexit delayed: What you need to know

With more twists and turns than a Netflix thriller series, the Brexit saga can leave even the most avid news follower’s head spinning – the…