The Chartered Institute of Payroll Professionals on Holiday Pay 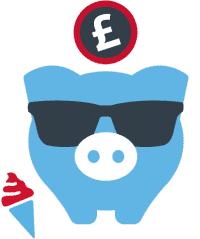 Recently, we’ve been writing about the upcoming changes to Holiday Pay Legislation, brought about after the results of two court cases; Fulton & Baxter vs. Bear Scotland, and Lock vs. British Gas, respectively.

The long running case of Lock vs. British Gas concluded on 22nd February, as British Gas’ appeal against the previous ruling which found in favour of Lock was rejected. For background, Mr. Lock was employed by British Gas in 2012 as a salesman, he received his basic salary plus a performance-related commission package. As Mr. Lock could not earn commission whilst on annual leave, his earnings would suffer as a result of taking time off, something he deemed to be unfair. The case was first brought to the courts in 2012 and worked its way up to the European Courts of Justice, where the ruling was found in favour of Mr. Lock. British Gas appealed the decision, and on the 22nd February, their appeal was rejected.

This has paved the way for a legislation change in UK law regarding how Holiday Pay is governed. In anticipation of these changes, IRIS have developed the IRIS Holiday Pay Module; the package integrates with your existing IRIS payroll software, and automatically calculates owed Holiday Pay based from the average of an employee’s previous 12-week earnings.

The Chartered Institute of Payroll Professionals (CIPP) were guest speakers during February’s IRIS & Earnie Online Payroll Conference and gave their thoughts on the upcoming changes to Holiday Pay which we’ll be publishing soon.

• What should be included in your Holiday Pay Calculations

During the conference, we also heard from IRIS’ Senior Product Manager, Claire Treadwell, about how the IRIS Holiday Pay Module will handle the calculations needed to help ensure that employees are paid correctly in-line with the changing legislation. Claire explained that the IRIS Holiday Pay Module integrates with your existing IRIS payroll software and calculates the 12-week average for their earnings, and then works out the amount owed to them during their annual leave. Afterwards, she showed how users are presented with a page which shows exactly how the software calculated the amount and gives you the opportunity to return and amend any irregularities.

What is the National Minimum Wage?

With the National Minimum Wage (NMW) changing yearly, it can quickly become daunting for those looking to pay a compliant…